Drop Some Funk on Me: Funk and The Gap Band 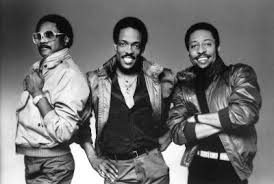 The term funk has a special meaning to African-Americans. It is not only a musical genre; funk encompasses an entire attitude and philosophy unique to the African-American experience. Funk was first used to describe the jazz subgenre of hard bop. It was not until the 1970s until funk music became a defined musical genre of R&B and soul elements. In particular, the innovation of African-American music led by artists James Brown and Sly and the Family Stone heavily defined the formation of funk.

The Gap Band encompassed the musicality of Charlie, Ronnie, and Robert Wilson, three brothers from Tulsa, Oklahoma. The group reached its heights of prominence in the 1970s and 1980s. The Gap Band failed to produce charting hits for most of the 1970s until they were signed to Mercury Records in the late 1970s with the help of producer Lonnie Simmons.

Funk music is largely influenced by rhythm and blues and soul music. “Funky” was term used to describe a particular sound as early as the 1950s with reference to hard bop. Towards the very end of the 1960s and into the 1970s, funk came to be associated with the styles revolutionized by James Brown and Slu and the Family Stone. Brown’s emphasis of the downbeat and Sly and the Family Stone’s use of rock and blues elements fused into the funk genre. Funk content highlighted the experience and viewpoint of African Americans at the time, providing commentary on social issues in the Black communities. Eventually, the genre of “getting into the groove” transgressed into an upliftment, highlighting particular upbeat and “happy” vibes. Within funk lie several subgenres including P-Funk, which was pioneered by funk legend George Clinton. This style of funk emphasizes the plight of African Americans in terms of liberation and redefining blackness. Many messages were construed with funk music such as men chasing women, drug entendres, and party scenes. Another important element of funk is the prevalence of funk bands. Many early funk bands had redefined their sounds of being primarily jazz and R&B bands. So, funk music is considered a dancing hybrid genre in that it encompasses many of the predominant elements of R&B, jazz, soul, rock, disco and blues. In this transformation, the rhythm, or the “groove,” was elevated in importance over melodic arrangements. Sample instrumentation used in funk includes bass guitars (for heavy basslines), synthesizers, group singing rather than lead vocalists, and percussion. Funk music also symbolized a time of technological advancements, such as computers for complex rhythmic arrangements, vocoders for auto-tune, and synthesizers in place of live bass and horn artists.

The Gap Band was an infamous funk band that incorporated many of these elements into its artistry. The group frequently crossed funk and R&B dimensions, producing blues-funk and soul-funk hybrid arrangements. For example, on songs such as “Early in the Morning,” one can hear the instrumentation of horns, bass guitars and drums fused with clavinets and synthesizers for added musical texture. They also used R&B themes of romance and relationships overlaid with funk themes of partying and enjoyment Each member was instrumentally gifted in that he played instruments such as piano, bass guitar, electric guitar, trumpet, and percussion forms. The Gap Band went against traditional funk styles of group singing by having Charlie Wilson as the lead vocalist ahead of Robert and Ronnie. The group also frequently used bright and flashy costumes coupled with elaborate stage effects for an added groove aesthetic.

As mentioned previously, funk music largely highlighted the lifestyles of urban Black communities. Lyrical themes emphasized the social transition from segregation to Black liberation, and other complex elements that showcased progressive social and economic constraints. Many songs also spoke of the social consciousness raised in the Black Power Movement (Black pride and unity) and the Civil Rights Movement (equality and social justice). These songs served as an outlet to society’s racial tension and injustices with fusions of party thematics and social/political consciousness. The Gap Band exemplified these elements by using their P-Funk stylings to avert attention to racial upliftment and optimism. However, although the group frequently sang and played of happy lifestyles, their personal lives mimicked the perspective of Black urban living with drug issues. Charlie Wilson shared his times of cocaine addiction, and Robert Wilson was arrested on drug-related actions, which are both reflections of poor Black communities across the United States.

In the 1970s and 1980s, production companies such as RCA and Mercury looked to expand their commercial profits by implementing inclusivity. So, some funk bands and artists experienced wide financial success with these corporate undertakings. On the other hand, contractual obligations frequently highlighted record companies exploiting Black artists. Funk artists sometimes were cheated out of earnings due to contract loopholes and small-scale bureaucracies. Nevertheless, funk artists and bands were highly syndicated on radio and on Black television programs such as Soul Train. For example, The Gap Band frequently appeared on the show with performances like “Outstanding” and “Beep a Freak.”

Since funk music was already a hybrid of existing musical genres, its future influence focused mainly on musical elements and sampling. Funk styles were added to hip-hop, go-go, house music. For example, Outkast used funk grooves on songs such as “Player’s Ball” and “Southernplayalisticadillacmuzik.” Go-go is a subgenre of funk with its groove jamming and dance vibes. House music uses synthesized basslines that were popularized by funk artists. G-funk was also a prominent child of funk with its popularized gangsta rap and funk fusion by Dr. Dre and other West Coast artists.

The Gap Band remains a heavily influential group in all aspects of African-American music. Charlie Wilson’s vocal abilities were predominant in later New Jack Swing artists like Keith Sweat and Guy. With the popularization of sampling arising in the 1980s, artists were able to encode and reuse songs and arrangements of The Gap Band. Artists who have sampled songs by the funk trio include Ashanti (“Happy”), Bruno Mars (“Uptown Funk”), N.W.A. (“Straight Outta Compton”), Soul For Real (“Every Little Thing”), and Snoop Dogg (“Signs”).

Funk music was a breakthrough for African-American music. It is one of the most expansive Black genres as it encompassed jazz, soul, R&B, rock, disco, and blues. The hybrid funk elements appear in countless contemporary works by Black and non-Black artists in a plethora of genres. Funk was an essential aspect of Black culture at the time as it signified optimism and resiliency in an era committed to racial injustice and political mishaps. The Gap Band was equally influential by adding to this groove culture. Funk music gave an in-depth view of the worlds of blackness. Its popular use even after peak eras allows for Black optimism to transcend generations.