Jennifer Witcher, or DJ Minx, has been one of the many DJ who are the heart of Detroit techno music. She is an extremely influencial DJ that has spent her career focusing on uplifting the techno musicians of Detroit. As a black woman, “The First Lady of Wax” is a trailblazer for women in the techno scene. With the Women of Wax label and collective, she has become a model for other female techno collectives, we see today, including Discwoman and Detroit’s Saraphine Collective.

Witcher gained popularity after the release on her 2004 EP, with one of the tracks on entitled “A Walk In The Park.” She has no idea that the song gained such popularity in Europe. She explains, “Richie told me, ‘You have no idea what this track does to dance floors.’ I finally got to meet up with him and hear him play it — in fact, he had just finished playing it when I arrived, but he said, ‘Watch this,’ and threw it on again, and the place went absolutely crazy. I couldn’t believe it.” Since the release of this song, her label has released similar sounds, uplifiting women in techno.

“I think one of the keys to my success is that I don’t just stick to one particular genre of music… I play stuff that makes me jump around. And when I can play a party and look out and see a broad spectrum of people, every kind of person dancing out there with me … well, that’s what it’s all about, isn’t it?”– DJ Minx

While there is still lack of representation in the Techno genre, collective similar to Women of Wax have made it so that Women techno musicians have a voice. In a white male dominated space, it is clear that there is still a lot of improvement that Techno festivals and record labels need to make. Not only should women be involved in DJing, but they also need to be involved in technical roles such and producing and managing. DJ Minx states, “the fact that there are a few more women out there doesn’t mean it’s necessarily gotten any easier. There’s still a lack of respect out there for female DJs that still goes on.” In order to gain respect, women need to be visible in all spaces and places of the techno music industry. 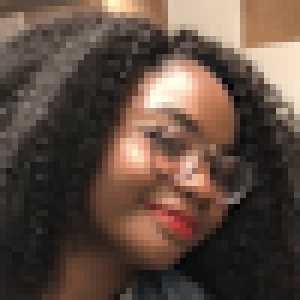 The Significance of Jubilee Quartets in History

https://www.youtube.com/watch?v=ylD4zvvN79Y The Fisk Jubilee Singers where the first group to introduce the United States to Negro Spirituals. Although negro spirituals have a long history, it

G-Funk Group Presentation: The Evolution of G-Funk By: Deja Mason and Abiodun Scott Origins of G-Funk: P-Funk Samples https://www.youtube.com/watch?v=ZyJzylk8d_M Originating in the West Coast in

The Truth About Rock ‘n Roll: The Whitewashing of R ‘n B

R ‘n B, or Rhythm and clues, a combination of urban blues and the upbeat tempo of swing, with soulful vocals. This genre has a

Concert Review: Sunrise Divine https://www.youtube.com/watch?v=XJqy7p_SVeg On Sunday, February ninth, at 2:00 PM, I went to Heart/Beat by the Atlanta Ballet. Sunrise Divine was a gospel

The Cornerstone of Women in Blues: Ma Rainey

Known for the deep feelings it provokes, blues captures a pivotal historical moment in history. It evokes what blackness and poverty mean in America, and

Alice Coltrane is one of the pioneers of spiritual jazz. While spiritual jazz often goes unnoticed as a jazz subgenere, it is still extremely significant