Ladonna Adrian Gaines better known as the “Queen of Disco”, was a famous singer/songwriter in the late 1970s. Donna Summer performed in her church choir and school musicals as a child. Landing the part of Sheila in a German Broadway musical, “Hair”, Donna Summer traveled throughout Europe where she created several pop songs. Her first hit single in America was “I Feel Love”.

Not only is Donna Summer credited as the “Queen of Disco”, but she also is credited with bridging the gap between gay and straight disco audiences. Summer has became a huge influencer for today’s artists such as: Beyoncé, Rihanna, Diana Ross, Whitney Houston, and many more. Donna Summer also had a recurring role on Family Matters.

Donna Summer won 5 Grammy’s and had many Billboard charts. She was also inducted into the Rock n Roll Hall of Fame in 2013. 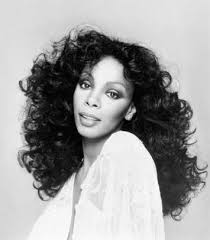