Disco is a genre of dance music and a subculture that emerged in the 1970s from the United States’ urban nightlife scene. The disco sound is typified by “four-on-the-floor” beats, syncopated basslines, and string sections, horns, electric piano, synthesizers, and electric rhythm guitars. 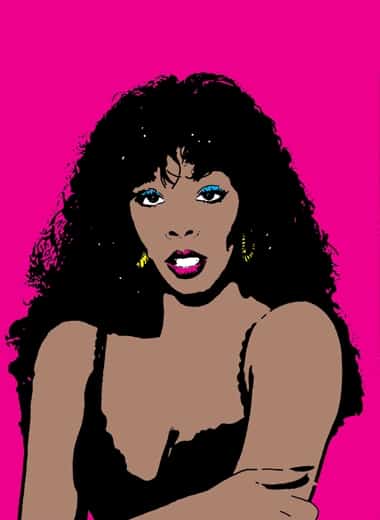 In the early years, dancers in discos danced in a "hang loose" or "freestyle" approach. At first, many dancers improvised their own dance styles and dance steps. Later in the disco era, popular dance styles were developed, including the "Bump", "Penguin", "Boogaloo", "Watergate" and "Robot". By October 1975 the Hustle reigned. It was highly stylized, sophisticated and overtly sexual. Variations included the Brooklyn Hustle, New York Hustle and Latin Hustle.

In its beginnings, disco was about the singers and the arrangements.

Later on, the tempo of these songs became faster, the playing time longer and songs from other genres such as funk were mixed in. By the mid-1970s, disco music dominated the airwaves with songs like “If I Can’t Have You” by Yvonne Elliman and later, “More Than A Woman,” “Night Fever,” “Stayin’ Alive” and “You Should Be Dancing” by the Bee Gees gaining in popularity.

Soon, disco music could also be heard in movies, most notably in the 1977 film “Saturday Night Fever,” starring a young John Travolta as a disco dancer trying to make it big. Disco became so popular that more mainstream pop and rock artists like Cher, Kiss and Rod Stewart recorded disco songs. By the 1980s, the appeal of disco music dwindled but made a brief comeback during the 90s.

The Legacy of Disco Music

Although its popularity had a relatively short life span compared to other genres of modern popular music, disco produced many classic songs, some by artists who ventured into other genres, like The Rolling Stones, and some by singers and bands whose careers and musical legacies were confined to the disco era, like Donna Summer and the BeeGees. A few of the more notable disco songs of the 1970s and 1980s included: