Everyone can agree that Black people are the powerhouse and driving force of nearly all things music. Even genres, like Folk, that seem like they have few Black people within them have Urban roots and undertones.

One of the prime faces of Folk music is Ella Jenkins, who is dubbed “The First Lady of Children’s Music”.  “The First Lady of Children’s Music” was born on Aug. 6, 1924, in St. Louis. Her family eventually moved to the south side of Chicago where, she says, “I was raised with respect for my elders and teachers, which helped me throughout my life.” Her uncle Flood played the harmonica and introduced her to music. She also had many musical influences just outside her home: gospel music and the sound of tambourines were often heard from the loudspeakers of churches across the street. 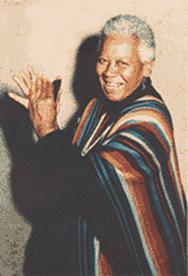 While working in youth camps and then as a YWCA program director for teens in the early 1950s, she led singing sessions that featured folk and traditional songs from her neighborhood, songs she was learning from Spanish-speaking friends, songs she happened across in Hebrew, Arabic, and French, and from India and the African continent, and songs she’d written.

Jenkins loved the children, and had the magic touch for inspiring their engagement in song and rhythm. Her singing was melodious, her percussive rhythms were crisp and clear, and her descriptions and directions for participatory musical experiences were always straightforward. Word spread about this childsong-singer who could make her way into groups of children and set them to singing and “rhythmicking.” Ella was composing and arranging songs and chants that she knew would entice and motivate singing in schools and preschools, and at teachers’ conferences and family concerts. 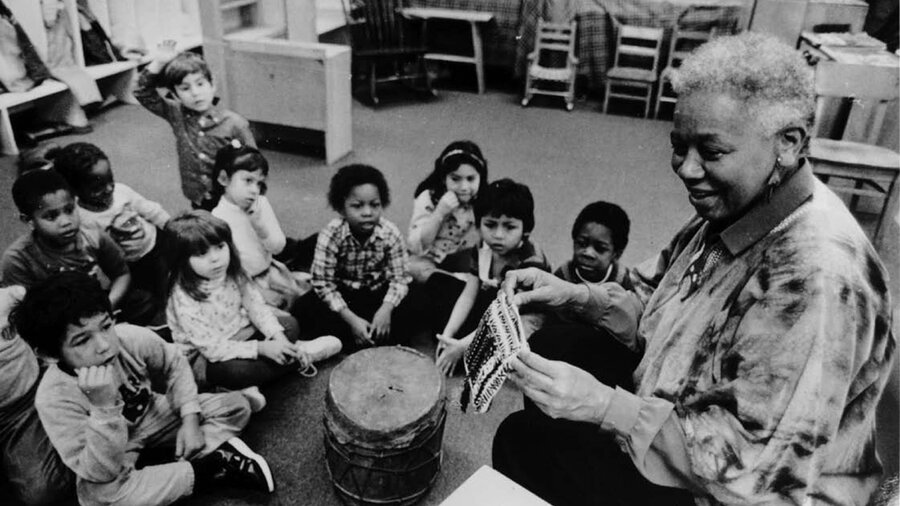 Ella’s legacy is wrapped in a vast treasury of children’s music from near and far, and it reaches across cultural boundaries while also holding to the songful expressions of her own African American heritage. As she recalls her own childhood memories on Chicago’s south side, and her visits with grandparents still living in the rural south, Ella Jenkins sings and plays her way through some of the rich repertoire that have made her who she musically is. Ella’s legacy is her music and the child-centered ways in which she communicates it now, as she always has.