Russel Simmons grew up in Queens, New York. As a college student he discovered the market potential of hip-hop, so he formed his own hip-hop business. This was called Russ Management. His best client was Run-D.M.C. This group was a trio comprised of Jospeh “Run” Simmons (his brother), Darryl “D.M.C.” McDaniels, and DJ Jam Master Jay. After the trios relased their album, King of Rock, Russel joined forces with Rick Rubin and founded Def Jam Records in 1984.

Rubin's work with the Def Jam artist led to the establishment of a street-oriented or "harder" hip-hop that infused aggressive accents, hard rock riffs, and explosive timbres. This is illustrated in Run-D.M.C.'s "My Adidas"(1986).

Rubin handled music productions with artists like rapper, LL Cool J (Ladies Love Cool James) who was the record’s first act. He also worked with the Beastie Boys, (a White group that combined rock and rap styles). These artist attracted large Record Labels like, Colombia, to Def Jam. This led to the deal that allowed to handle the press and distribute the Def Jams artists. This was one of the largest negotiations in Hip-Hop history during this time. 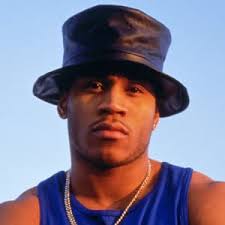 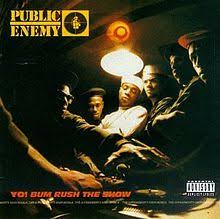 In 1987, Def Jam Records released Yo! Bum Rush the Show, an album by a group called Public Enemy. This was the first politically oriented group in hip-hop. The messages in their music were laced with serious social criticism. The group’s song “Fight the Power” (1990) help to implement the image of young Black males as intriguing figures to be admired or possibly feared.

Instead of telling tales of about sex and gun violence which is a custom of “gangsta rap”, the group’s music was centered around political confrontation.  And, accordingly, the Public Enemy’s tour in 1990, the group crossed over. This means that they created a hip-hop fan base among the white, rebellious youth. 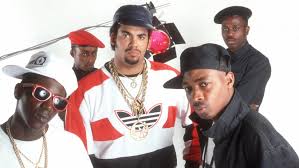 Rubin worked with Def Jam artist and often combined hard rock and hip-hop. This concept led the the success of the Def Jam music groups that were derived in Long Island and Queens. All of this launched hip-hop and the idea of urban street culture into mainstream pop culture.

I was excited to create this blog post. This is because out of all of the musical genres that I have made posts about previously, this was the genre that I knew the most about before I underwent an intensive research pertaining to the genre.