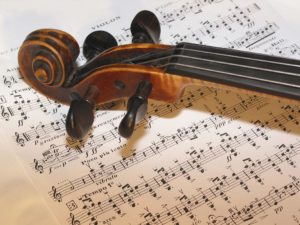 Although Classical describes a preiod of time in music in which artists like Motzart performed, it is usually used to describe music that isn’t traditional like jazz, funk or rock. However  “Classical Music” is serious or conventinal music with long established principals where the symphany, concerto, etude,and opera were formed. Classical “spans over a hundred years and is still being made today it’s not just a specific time period. A few elements of classical music include string, brass, precussion, and woodwind instruments, musicians,and composers. Different from other genres of African American music ,  Classical Music existed long before African Americans tapped into it. Therefore at the earliest stages of African Americans participation was very small. There were only a few classically trained black musicians pre emancipation, and the you’d find them mostly in the North. Before emancipation Newport Gardner, as early as 1791, became the earliest schoolmaster and composer teaching black and white students. However in the antebellum period black musicians found much success being able to truly compete with their white counterparts,and they did well in the American cities. However during this period musicians were not looked at as distinguished, but more so as “purveyors of  entertainment.”(African American Music 139) A few “leading black composers” during this time were Francis Johnson, James Hemenway, and Isaac Hazzard just to name a few. They were all composers at the Philadelphia school and Johnson alone “published over two hundred compositions.” (141) While there was a huge presence in Philadelphia there was also presence in other northern cities and in New Orleans. After the Emancipation Proclamation black musicians felt their music would be accepted by the masses, for the simple facts that they were granted the right to vote, and be citizens. This provided hope in many African Americans and that hope poured into the music that was born during this period. It was during this time that musicians such as Harry Burleigh, Harry Freeman. Eva Jessye, William Grant Still and Edward Boatner emerged. While America was in fact segregated. These artists were granted musical educations and opportunities to study at prestigious universities, raising the bar for other African American aspiring musicians. Most of the African American composers wrote music for the black colleges to perform. They usually liked “more conservative harmonic language of the post romantic era.” (145) These artists drew from “black folkloristic and spirtual elements.” These artists had a direct effect on the Harlem Renaissance and shortly after we saw women like Shirley Graham, Eva Jessey, and Florence Price who all were women of firsts weather gaining recognition as composers nationally or internationally. However there was another shift in America that came with the twentieth century. Becasue of the implementation of Brown v Board and the Civil Rights movement now composers could attend even “better institutions, travel, and have their music published and recorded.” (149) Among these artists who benefited from this shift were Ulysses Kay, George Walker, David Baker, Julia Perry, and Alvin Singleton. These artists birthed modern African American classical music. African Americans contributed havily to classical music and pushed the genre foward, gave other artists hope, and showed that African Americans could be prestigious. African Americans were not needed for the commidification of classical music as it was a genre before began performing. However many artists benefited from their compisitons and publihing in later years.