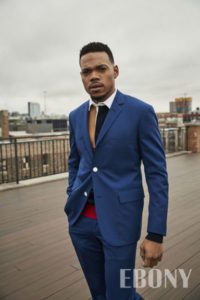 Chance the Rapper has become a game-changer in both the music industry and his community. He injected his sound and versatility into his music, exposing his fan base to an addiction that only he can satisfy with the eclectic sounds of his music. But, his music posed as the gateway drug because his actions as a person, aside from the music, are what keep people drawn to him as a person and an artist. Even before the beginning of his career, Chance was led by his own dreams and desires to remain true to what he wants for himself and his music. Following this without the pressures from outside sources like record labels, for example, have allowed him to essentially do whatever he wants. His ability to remain true to himself despite everything that’s been thrown at him has allowed him to make the best decisions for himself and these decisions have propelled him through the music industry. He has become a household name for today’s generation, a world leader[1], and even an inspiration for young people in the position that he started in.