They had the funk! 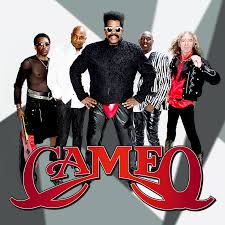 The group began with 13 members, with the head being Larry Blackmon who named the group the New York City Players, with all the members being from New York. After being signed by Casablanca Records in 1976, the group’s name was changed to Cameo. Although Blackmon was the lead vocalist, the center players of the group were Tomi Jenkins and Nathan Laftenant.

The band was initially signed by The Casablanca label, with the initial name Chocolate City but was later changed to Cameo. Their first album, Cardiac Arrest was released in 1977 with singles that topped the R&B charts such as “Rigor Mortis”, “Funk Funk”, and “Post Mortem”. 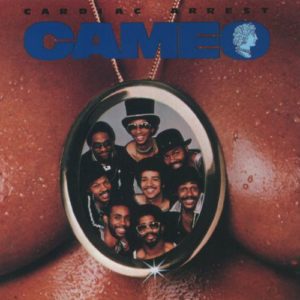 After the success of their first album, Cameo attempted to continue their rise to the top with the release of their second and third albums, We All Know Who We Are and Ugly Ego. Although these two albums did not hit the charts are hard as their debut album, the different personalities that were in the group became apparent and the two albums took the place of a more authentic one.

By the time Cameosis came out in 1980, Cameo had gained momentum through singles such as “Shake Your Pants”. Albums such as 1981’s Knights of the Sound Table and 1982’s Alligator Woman saw the band playing up their eclectic style. 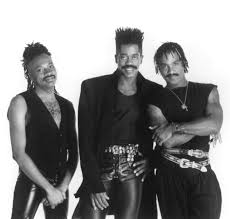 After their 1991 album, Emotional Violence, the groups’ profile was lowered significantly but they still continued to tour to the delight of hardcore fans as well as those who only know about Cameo because of their most successful singles, “Word Up!” and “Candy”. However, their presence continued t hold influence throughout the 2000s, through sample use and the music of younger artists and producers. Their record label, Casablanca released a complication of their songs in 1993 called, The Best of Cameo, which played a part in keeping their legacy alive.

In 2016, the band began a residency show at the Westgate Las Vegas Resort and Casino, a show produced by Red Mercury Entertainment and still continues today. Band member Aaron Mills continues to tour with Cameo and has worked with other artists such as OutKast with their hits. Vocalist John Kellogg became an entertainment lawyer representing other trailblazer artists such as The O’Jays, Gerald Levert, and LSG. 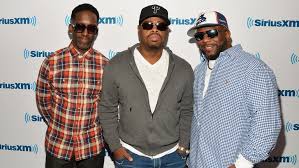