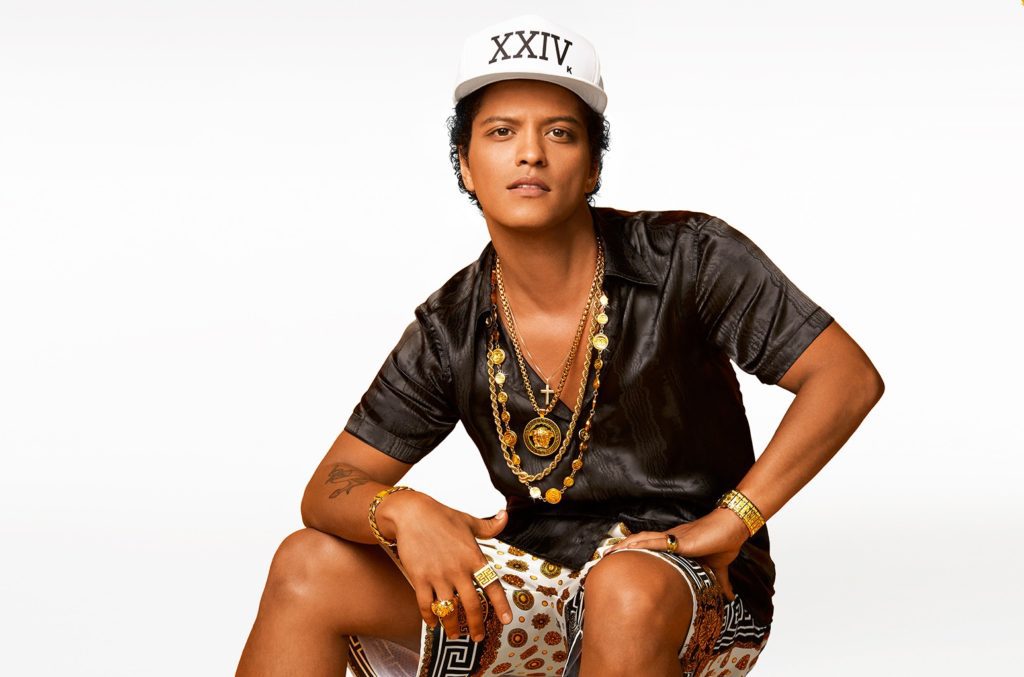 –Bruno Mars grew up in a very musical family

-Growing up around entertainers, Mars began picking up musical instruments from early childhood.

At the age of 4, he joined the family musical act as an Elvis impersonator and quickly become one of the stars of the show

–Mars has five other siblings and his music-oriented family introduced him to a wide array of music genres. At age five, the artist started to perform weekly in Hawaii alongside his family’s band called, “The Love Notes.” Unfortunately, his parents divorced each other when Mars was 12 years old, and the split caused the band to come to an end.

-Mars attended Roosevelt High School, where he and several friends formed a band, the School Boys, performing classic oldies hits alongside his family’s act at the Ilikai Hotel in Honolulu.

-After graduating from high school, Mars decided to leave Hawaii for Los Angeles, California. Over his first few years in L.A, He struggled to make a breakthrough in the music industry.

Bruno Mars has received three BRIT awards from five nominations, including two in the category International Male Solo Artist in 2012 and 2014.

He has been nominated for the prestigious Grammy Awards 18 times, winning two of them: Best Male Pop Vocal Performance for “Just The Way You Are” in 2011 and Best Pop Vocal Album for “Unorthodox Jukebox” in 2014.

He is also the recipient of 14 awards from ASCAP including three for the Most Performed Song –“Locked Out of Heaven”, “When I Was Your Man”, and “Treasure”—in 2014.

“Uptown Funk” cemented Mars’ superstar status, spending 14 weeks at Number One – tying for the second-longest run in chart history – and winning the Grammy for Record of the Year.

-Having sold more than 130 million records globally, Bruno Mars is among the best selling musicians of all time. In July 2019, the artist was ranked at number 54 on Forbes’ Celebrity 100 List, because he had already earned $51.5 million for that year. Overall, Bruno Mars has an estimated net worth of 175 million dollars. 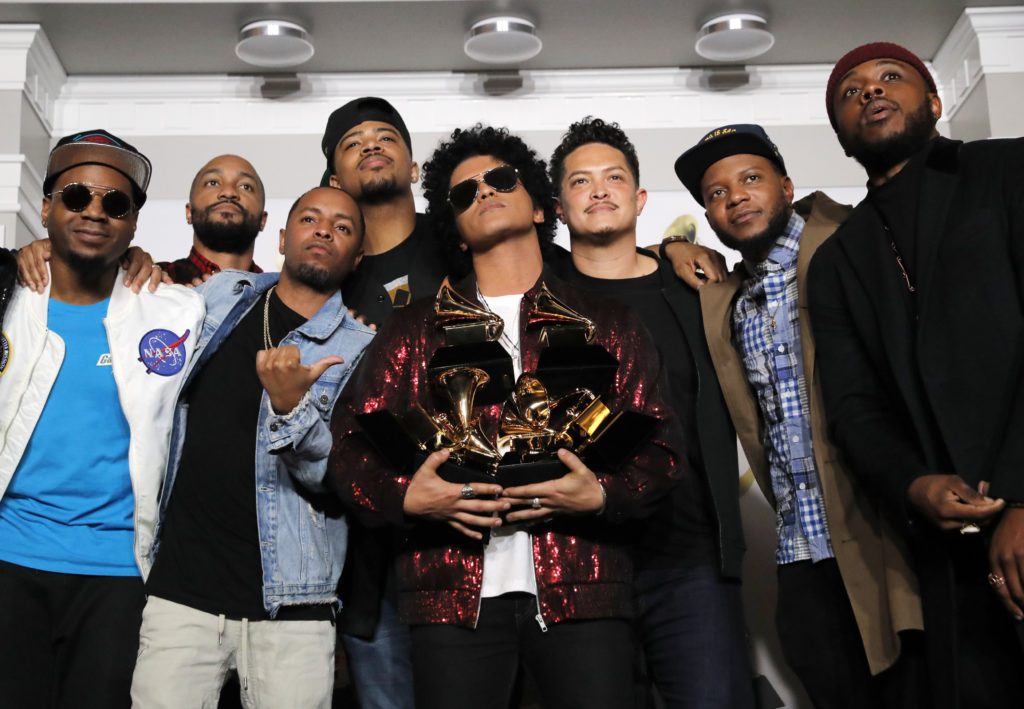 May Silk Sonic’s Grammy Performance bring some good Silk Sonic album energy, and may all of that goodness translate to the good vibes we all want in 2021.

Silk Sonic just wanted to make music that just boosts the mood – in fact, Anderson and Bruno say they needed it just as much as anyone else. It was important for them to incorporate live music because that’s what they come from, and it was after they created their song “Leave The Door Open” that they knew that they had captured “lightning in a bottle.”

In early 2021, Mars debuted a new collaborative project with Anderson .Paak called Silk Sonic. After releasing their first single, “Leave the Door Open,” in March, the duo made their television debut with a performance at the Grammy Awards.