Brandy Norwood, born in McComb, Mississippi got her start in the music industry when she was just fifteen years old, in 1994, when she released her self-titled, debut album which featured her number one song: “I Wanna Be Down.” Brandy has seven studio albums including: “Brandy,” “Never Say Never,” “Full Moon,” “Afrodisiac,” “Human,” “Brandy & Ray J – A Family Business,” and “Two Eleven.” These albums are filled with hits like “Have You ever?,” “Almost Doesn’t Count,” and “Right Here (Departed).” Her discography has streamed over one billion times, world wide, across all streaming platforms including; Spotify (where most of her streamers are), Apple Music, TIDAL, YouTube, Google Music and Deezer.

Not only is she an amazing vocalist and outstanding performer she has been in a number of television shows, movies, and Broadway productions. In 1996 she began starring in the television show “Moesha” as Moesha “Mo” Mitchell. In 1997 she starred in Rodgers’ and Hammerstein’s “Cinderella” as Cinderella along side Whitney Houston who was the fairy godmother. In 1998 she starred in “I Still Know What You Did Last Summer” as Karla Wilson. In 1999 she starred in “Double Platinum” as Kayla Harris. Furthermore she has been in several other television shows including: “One on One,” “90210,” “Drop Dead Diva,” “The Game,” and ‘Zoe Ever After.” It doesn’t stop there; she has also starred in several other films including: “The Perfect Match,” and “Tyler Perry’s Temptation.” Finally, in addition to her big and small screen acting she has also starred in the Broadway production of “Chicago” as Roxie. This accomplishment is not something that all performers can say. Brandy has an extremely developed resume that showcases her diversity as both a musician and an actress.

Brandy is a highly awarded artist, although she doesn’t have as nearly as many awards as she deserves. In 1995 she received the Billboard Music Award for New R&B/Hip Hop Artist of the Year and the Soul Train Music Award for Best New Artist. In 1996 she received three outstanding awards: American Music Award for Favorite Soul/R&B New Artist, MTV Movie Award for Best Musical Moment, and the NAACP Image Award for Outstanding New Artist. In 1999 she won a GRAMMY Award for Best R&B Performance by a Duo or Group with Vocals. In 2014 she won another NAACP Image Award for Outstanding Supporting Actress in a Comedy Series. Finally, in 2016 she was awarded the Soul Train Music Lady of Soul Award. These accomplishments are not as lengthy as some of her counterparts, but that does not take away from her well roundness and experience in several performing aspects. 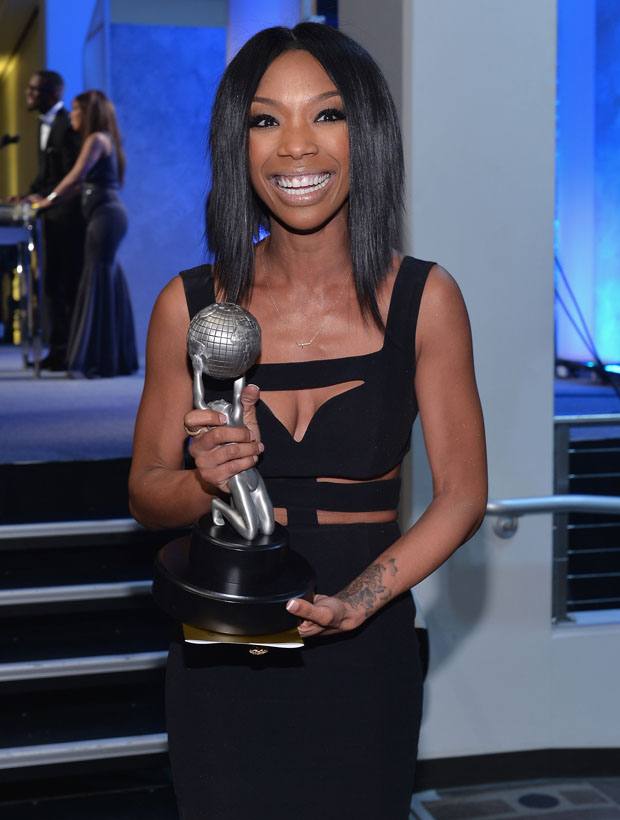 Brandy’s diversity in her fields is what makes her one of the most successful performers of our time. She has mastered television performance, film performance, and vocal performance both on a regular stage and a Broadway stage. Her repertoire list far extends many of her more highly awarded counterparts.