Willam Earl Collins aka Bootsy Collins was born October 26, 1951, (age 67). He is from Cincinnati, Ohio. He is known as an a funk bass player and famous singer songwriter. 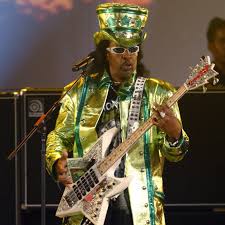 Bootsy was apart of Parliament-Funkadelic with Georgia Clinton and Bernie Worrell. He is known as one of the artist that founded the  P-funk sound created in this group.

He is also known for writing some of James Brown’s songs in the late 60s early 70’s with his brother Phelps ‘catfish’ Collins. Along with his brother, Kash Waddy and Philippé Wynne, Collins formed a group called The Pacesetters in 1968. 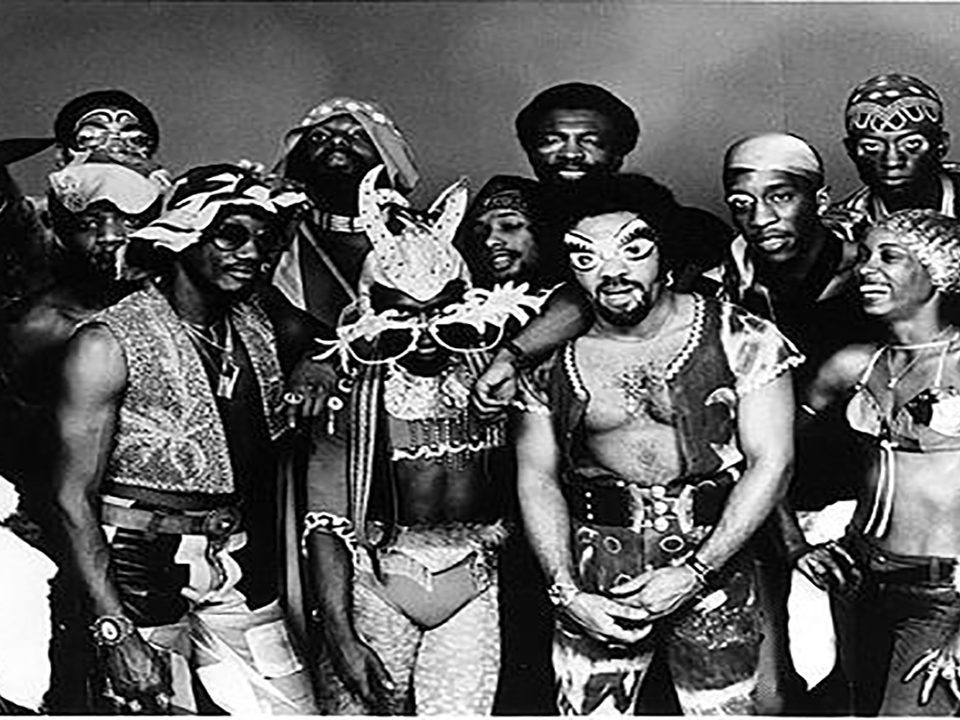 In March 1970, the Pacesetters became James Brown’s band and played many of brown’s most popular and well known funk songs. For example, “Get Up Sex Machine”, “Super Bad”, “Soul Power”, and “Talkin’ Loud and Sayin’ Nothing” 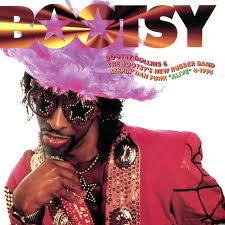 Shortly after both Collins brothers joined Funkadelic and played on the album titled, ‘America Eats Its Young’. Bootsy got his big break when he appeared in Funkadelic’s ‘Let’s Take It To The Stage’ and Parliament’s ‘Up For The Down Stroke. He got his credit for for both sound and song writing.

Bootsy in his musical career created many alter egos, for example, “Casper the Funky Ghost” to Bootzilla, “the world’s only rhinestone rockstar monster of a doll”. 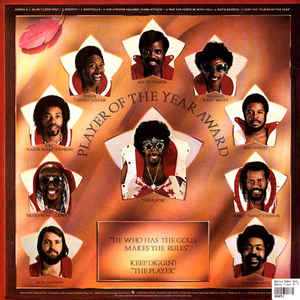 During the rest of his career he collaborated with more artists from the 1980’s and continued through 2008.