The Blues emerged around the 1890s, stemming from mostly southern states and the Midwest. The geographical hearth area of the blues is the plantation country of the Deep South, stretching from the interior of Georgia to eastern Texas. Most blues singers were born and raised in this region. Its presence was seen almost simultaneously with ragtime, jazz, gospel, and barbershop quartets. This was also during significant new developments in literature, theater, and the arts, as well as Black political and religious life.

The form, harmony, and instrumentation of the Blues was heavily influenced by European/Western music. The instruments used, such as washboards, jugs, and kazoos were reinterpretations of traditional African instruments. Blues were often compared to griots, with similarities in singing style, instruments, and social commentary in the music.

Of all the new genres emerging at that time, the Blues were the most self-contained, with performances being mostly solos. It was described as individualistic, introspective, self-absorbed, and serious.

During the popularization of the Blues was the Jim Crow era. The segregation of races had further perpetuated the stereotypes of Blacks, labeling them as carefree, lazy, and ignorant. The self expression of the Blues tried to combat these stereotypes, although it usually fell on deaf ears. Blues musicians usually relied on the monetary support and approval of other Black communities. 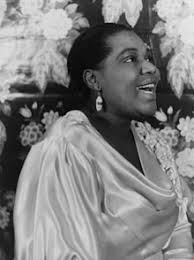 Bessie Smith was an American Blues singer. She was the most popular blues singer of the 1920s and 1930s, earning the nickname Empress of the Blues. She is often regarded as one of the greatest singers of her era and was a major influence on fellow blues singers, as well as jazz vocalists. 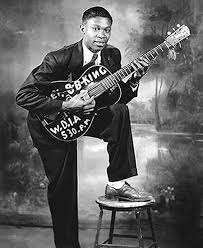 Riley B. King, nicknamed the King of Blues, was a blues singer, songwriter, and electric guitarist. King was known for performing tirelessly throughout his musical career, appearing on average at more than 200 concerts per year. He was inducted into the Rock & Roll Hall of Fame in 1987, and is considered one of the most influential blues musicians of all time.

The Blues have inspired many future genres, most especially R&B. R&B holds many of the same characteristics as Blues, where artists use their music as a way of self reflection and introspection. This genre usually has slow tempo songs, and uses pianos, guitars, and drums.

I have always had a deep respect for Blues musicians, especially given the time period that they were born. Having to deal with the Jim Crow era whilst trying to make a life for themselves is admirable, to say the least. They have also paved the way for future Black musicians who wish to be taken seriously in the music industry, especially R&B artists.