The Blues genre formed at the turn of the 20th century in the Deep South. The heart of the genre was in Mississippi Delta. During this time, the  severe limitations of African American rights led to the creation of the blues.  The implementation of Jim Crow laws are the leading reason why African Americans were left feeling dissatisfied with life in America, after their “freedom” from slavery. Blues became a musical outlet to demonstrate their feelings of the struggle and hardship they experienced.  Blues was sung by performers all around America. The earliest record of blues music came from W.C. Handy’s “Memphis Blues” after being published in the 1920s.  After other artists started creating their own songs, such as Mamie Smith and Bessie Smith, the blues genre became super popular. This lead to the creation of “Race Records” by record companies. Some record companies tried to stifle social awareness messages some artists tried to include in their songs to not incite certain feelings in the Black community. For example, in Sam Cooke’s “A Change is Gonna Come” the line: “I go to the movie and I go downtown somebody keep telling me don’t hang around”, the verse was deleted because the record company felt the song spoke too boldly about segregation.  White people were able to gentrify this genre and changed the name of the genre from blues to “Rock and Roll” to reinvent and popularize the genre as their own. 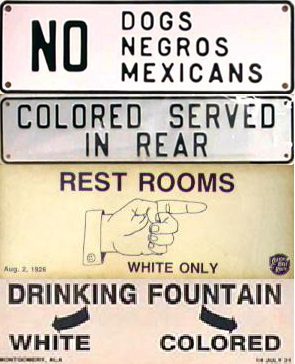