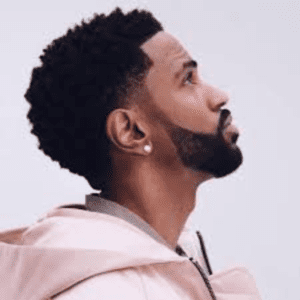 Big Sean is famous rapper born in Detroit, MI on March 25th, 1988. His birth name is Sean Michael Leonard Anderson. Sean built up his career starting at a very young age. He was on a weekly show at his local hip hop station called WHTD during high school. He graduated from Cass Technical High School in Detroit, MI. Many of his first public opportunities came from rap battles he participated in. In 2005, he worked in a telemarketing company and he found out that Kanye West was at the 102.7 F.M. station and he ran at the opportunity to possibly make an impression of one of the most famous rappers of the time. It took Sean time after time to convince Kanye to let him spit a rap but, when he finally got the chance he blew Kanye away. Two years later Big Sean finds himself signed to a record label after Kanye passed on a couple of his demo-tapes. Sean’s first mixtape, “Finally Famous,” was September released in 2007 and was a huge success from then on. He has been creating music and has dropped several popular albums starting 2013.