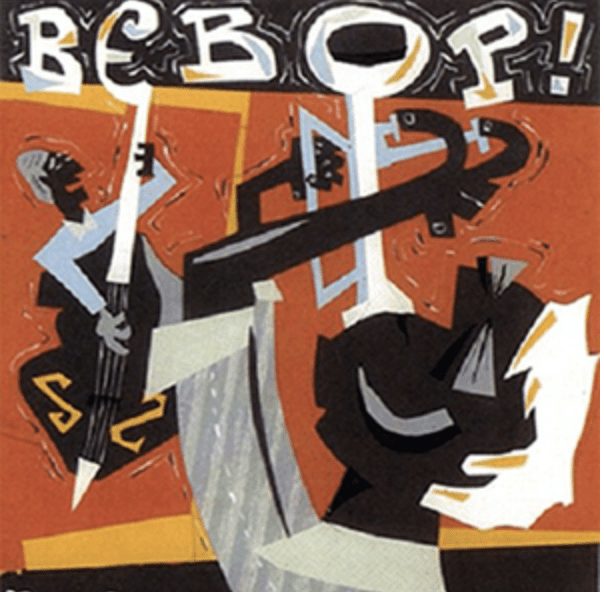 Bebop is a branch of jazz that originated in the mid 1940’s. It was created by the younger generation of jazz musicians as a creative expansion of jazz.  The popularized type jazz prior to bebop was the dance-oriented swing style. Bebop was created to be a non- danceable, complex style of music that demanded attentive listening. Bebop originally wasn’t accepted by the general public and many musicians. It resulted in divisions between older and younger jazz musicians, and jazz musician and their audience.

Bebop songs are characterized by improvisation, fast tempos, rhythmic unpredictability, and harmonic complexity. Bebop shifted the musical focus from intricate band arrangements to improvisation and interaction. Bebop groups were normally smaller ensembles, such as quartets and quintets. Groups often consisted of one or two horns, usually saxophone and/or trumpet, bass, drums, and piano.

Some of the major social events were World War II, the Harlem Renaissance, the Congo Square Jazz, and 52nd street clubs. These events led to the development of bebop being the self expression of “modernized Jazz” that allowed for the innovations of the extension of Jazz harmonic sounds through these social events. Though segregation was going on, bebop allowed for Jazz musicians to move away from the isolated music that they were forced to create. They pushed away from this state of being dehumanized and leaned on bebop as it allowed for the humanization of Black music and Black culture. It allowed for the evolution of the worth of Black musicians to be expressed in the way that they saw fit, making strides away from the situations that they were forced to be in.

Bebop was played on radios, sold through records, and albums.

Bebop led the way for Hard Bebop, which was an extension of the genre that included a simplified derivative of Bebop which appeared in the 1950’s. Other forms of Bebop also arose  such as Neo Bop during the 1980’s and 1990’s. Neo Bop is a combination of  bebop, hard bop, and modal jazz.

Overall, bebop was an origination that allowed Blacks and Black musicians to assimilate their music and culture with their self identity freely. This was a free state that enabled the humanization of the Black community through the improvising and origination of Black music. Though displaced by their position, as always, Blacks had to find ways to be represented when they were not afforded the same representation as their White counterparts. As a result, Black musicians created bebop and found ways to fight back this oppression and displacement that was bestowed upon them. Black musicians, as mentioned above, used characteristics and Black music as a way to enhance Black self expression and Black participation in society. Though Whites saw Blacks as less, Black creation of music made them somewhat their equal because it was something that Blacks contributed.