BACK TO THE BLUES

Let’s take time and Journey back to the Southern Plantations of America where this legendary genre of the Blues were created…. Blues were invented in the deep south of America by African Americans around the 1870’s. Blues evolved out of African spirituals, work songs, chants, and field hollers. Slaves and sharecroppers sang blues as a way for time on these insufferable plantations/ field to go by faster and also as a way to communicate with one another. They often used the method of call-and-response.

A common form for the blues is a repeating 12 bar form. Each bar has 4 beats.

The lyrics usually regarded peoples misfortune or bad luck. Say if you lost your job or your wife ran off with your best friend things of that matter were written in blues.

3 main instruments used in blues were the guitar, the banjo and the saxophone.

Listen up to these exception Blues artits Some of our honorable guests

LEGENDS OF THE BLUES :

William Christopher Handy also known as the “father of the blues” was a composer and musician. On September 28, 1912 Handy published “Memphis Blues” which changed American popular music forever. Handy sparked the recognition of Blues on a larger scale.  He introduced this fairly “new” genre of music to the mainstream of music. He was the first to publish music  in the blues form. He organized  the Lauzetta Quartet who later split up that same year. He later became the bandmaster of Mahara’s Colored Minstrelsand they toured through several cities in the U.S. and even nationwide. W.C. Handy was able to integrate Blues and put it on the map. 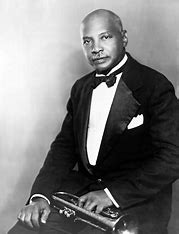 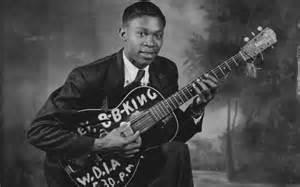 Riley B. King, also known as B.B King was one of the most popular and known blues performer. After serving in the U.S. army he began his musical career as a disc jockey in Memphis, Tennessee. He made his first recording in 1949. The songs included were “You Know I Love You,” “Woke Up This Morning” and “Three O’Clock Blues,” which reached No. 1 on the R&B charts and became his first national hit. He was the first blues man to tour the Soviet Union in 1979. He won a Grammy Award for Best Traditional Blues Album in 2006.

The term "Blues" comes from the "Blue Devils" which means depression and misery.