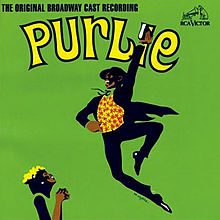 Music Genres Used The musical that I had the pleasure of watching was called Purlie also known as Purlie Victorious. Originally made by Ossie Davis in 1961 it was turned into a musical by Peter Udell and Gary Geld and later was made into a book. The musical debuted on Broadway March 15, 1970, with a […]

Salt N’ Pepa was originally composed of Cheryl James (Salt), Sandra Denton (Pepa), and Latoya Hanson who was replaced with Deidra Roper (DJ Spinderella). Formed in New York in 1985, they stood out as one of the first all-female rap groups. Hip Hop was fairly new in the 80s but New York is really where many hip-hop artists […] 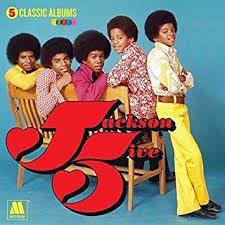 The Jackson 5 was created in Gary, Indiana with brother Jackie, Tito, Jermaine, Marlon, and Micheal. The Jackson 5 is an extremely popular group until the present day. The group of brothers signed with Motown record in 1969. Of course the most popular of the brothers was Micheal Jackson who has had one of the […]

In this Breakfast Club interview, Michael Eric Dyson talks about his concerns with the music industry’s reluctance to let African Americans succeed. He wonderfully articulates the reason why Black people fall to the shadows when receiving awards. When he speaks on Beyonce losing Album of the year award to Adele it is mainly because black genius […]

Origin of Genre Due to Emancipation black people had more opportunities to get professional training and have more exposure for Black composers. So they went to American universities where they received conservatory music training and learned to write other musical forms. With these larger scales of music like opera, symphonic essays, concerto etc, they grew […] 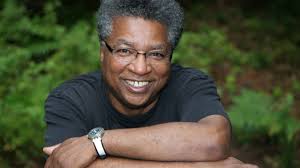 Alvin Singleton is an African American composer who was born December 28, 1940, in Brooklyn, New York. He continued his education in music at New York University and got his M.M at Yale University. For fourteen years he lived in Europe as a Fulbright Scholar working with Goffredo Petrassi at Accademia Nazionale di Santa […]

Origin of the Genre At the turn of the twentieth-century, blues folk music arose in the South. It stems from folk music and has its base from the early fiddle and banjo music. People would find anything they could that produced sound and used it in making blues music. The key elements of the blues are the unique […]

Origin/Characteristics of Ragtime Ragtime gained popularity in the late 1890s to the 1920s, especially in the South. The sound derived from Folk music since it was secular music. Ragtime was known for its highly syncopated rhythm that was not heard in the past. African Americans naturally incorporated the beats on 2 and 4 instead of 1 and 3, […]

Moving on Up: Jubilee Quartets The Origin and Characteristics of Jubilee Quartets Deriving originally from Negro Spirituals and Folk, in the late 1800s, Jubilee Quartets became a new unique style of music. They became wildly popular after the Civil War when the Freedman Bureau established Education Systems for the newly emancipated slaves. When Fisk University was on the verge of […]

The Voice of Our Ancestors – Folk and The Negro Spiritual

The Origin of  Folk and the Negro Spiritual Despite early myths that African Americans had no secular music, they brought instruments, dancing, and their voices to the New World from Africa. Music was deeply embedded in everyday life in Africa. It was common to sing about labor and festivities amongst other things. When they were captured […]

1928- Duke Ellington: Jubilee Stomp. The song just makes you tap your feet and is very easy swinging. The composing was very complex. 1939- Lead Belly; Frankie and Albert. Rhythmic voice and actually tells a story with the delivery of the song. Which I noticed is common to songs in this time period. 1946- Billie Holiday; Good Morning […]

My name is Vashti Queen Jones. My hometown is West Palm Beach, Florida and I am a first-year student. I enjoy cheerleading and dancing but most of all I love to sleep. I am friendly and outgoing but about my business when I need to be. I look forward to the next for years at […]