August Alsina is a multi-platinum recording artist and the biggest artist of the 21st century to revive his music career. As one of his many fans, I decided to research Alsina in an attempt to learn more about his accomplishments as an R&B artist. However, through his documentary released in June 2020 I realized that August has faced many trials and tribulations that many people across the world can relate to. Alsina is learning to embrace his beautiful struggle while raising his three gorgeous nieces and remains with the title of a successful artist.

Early Life in the NOLA

August Alsina was born to Sheila Alsina and August Alsina Sr on September 3, 1992 in the suburbs of New Orleans, Louisiana. He had a broken relationship with his father because of a severe drug addiction with crack cocaine. Alsina’s step-father has been around since he was one years old, but he struggled with addiction as well. August has four siblings: His elder brother Melvin who is deceased as of 2010 from gun violence in New Orleans, two brothers named Jamala and Travis,  a little sister named Netia, and a sister named Chandra who passed away in 2018 from cancer. His mother made an urgent move to Houston, Texas with August and his siblings right after Hurricane Katrina. He soon after received news that his father lost his life from the drug addiction he was battling for years. From this point on, August was going back and forth from New Orleans trying to figure life out, but when his mother kicked him out of the house when he was 16 he moved back to New Orleans permanently without a stable home to lay his head. At this point, August felt like he had no way out of this lifestyle because he was struggling to keep his head above water for money. He followed after his brother Melvin’s steps and began to get involved in the street life by selling drugs. In 2010, things took a turn for the worst and August lost his brother Melvin due to gun violence. August knew that if he continued to live this lifestyle, that he would eventually have the same story as his brother, for he said in an interview “My brother got killed. So at that point, I was like, man I’m out here, we all living the same way. This is what happened to him, so it’s what’s going to happen to me the same way. I was just was like, it’s either this [singing] or that” (Drake, 2013). 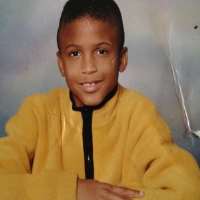 In an interview with Complex be expressed that he developed a love for singing after hearing Lauryn Hill on Sister Act 2. From then on, even though none of his family members were musically inclined, August knew he had a gift and decided to use it to escape from the violence on the streets where he was living in New Orleans. From then on he began listening to artists such as Fantasia and John Legend, but no one influenced him more than Lyfe Jennings. He told Complex, “I just know the way that his music made me feel…what it meant to me just to hear somebody else struggling, hear somebody else’s story” (Drake, 2013). 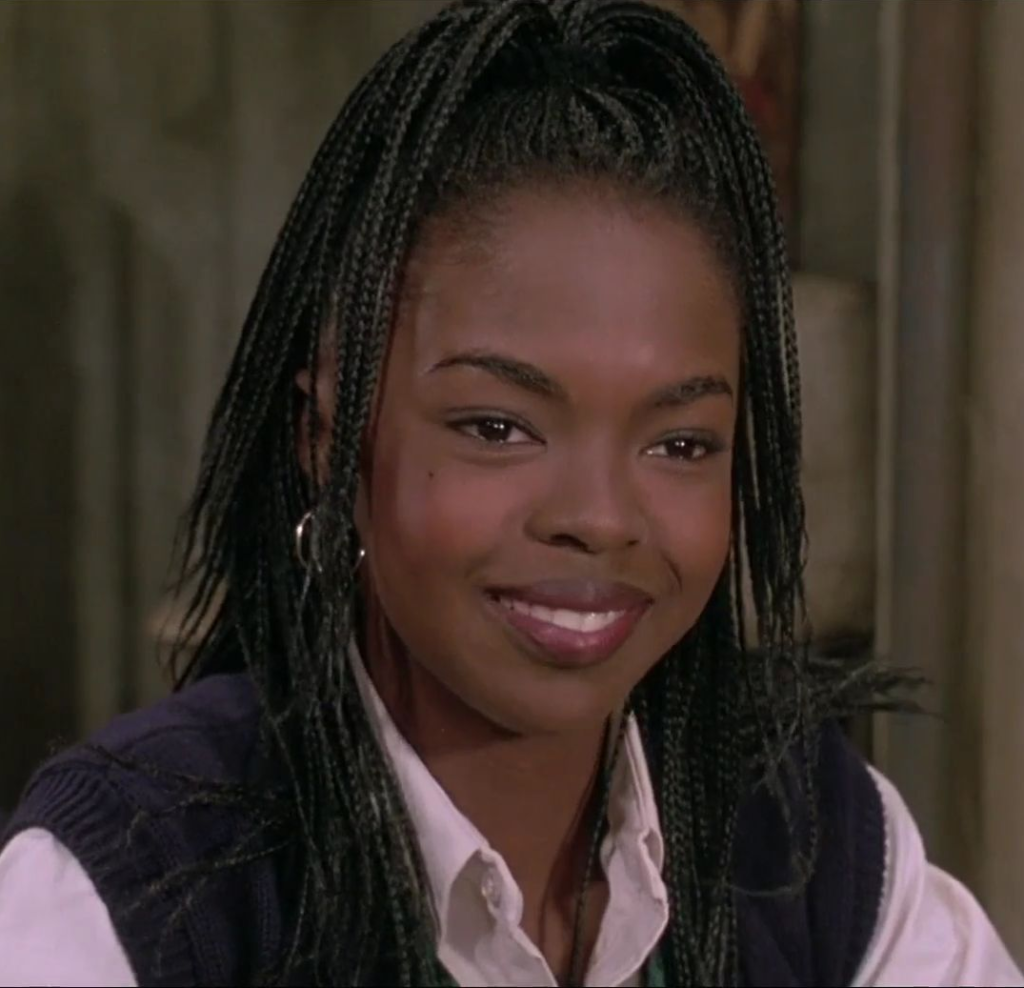 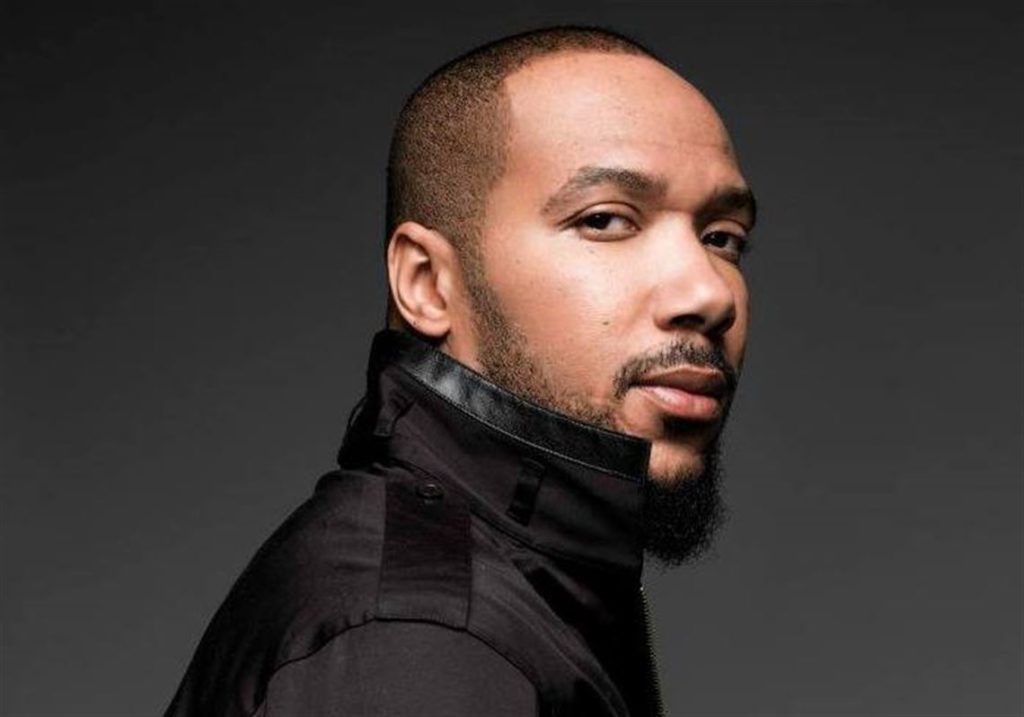 August Alsina developed a love for singing at the age of thirteen and used it as an outlet for the traumatic childhood he was enduring. He first began singing at church. In 2007, the artist started gaining an audience by uploading videos on Youtube at the age of 14 of him singing. As we know YouTube has played a huge role in the music industry though streaming, August was able to build a platform for himself on the streaming site and that’s where he first established his fan base. The very first cover that August uploaded to YouTube was of Lyfe Jennings song Hypothetically. At one point, August was getting 300,000 views within weeks on his YouTube videos (Drake, 2013). When Alsina did a cover on YouTube of I Can Be More by Lloyd and J. Holiday, he grasped the attention of Lloyd’s manager and later he would allow Noontime Management to take him to the next level of his music career.

August moved to Atlanta in 2011 to officially take his music career seriously. In 2012, he released his first mixtape The Product. In 2013, his second mixtape with DJ Drama The Product 2 dropped.  On August 20, 2013, Alsina released his EP Downtown: Life Under the Gun. Alsina stated, “It allows you to walk through my hood with me and see where I’m from. Don’t get it confused, this isn’t my album, just a few songs to let people know what I’m about and why I do this” (last.fm, 2014). The EP gained attention from the two most popular singles I Luv This S*** featuring Trinidad James and Ghetto featuring rapper Rich Homie Quan. After his debut single I Luv This Sh*t featuring Trinidad James, August began to make a huge name for himself in the music industry. The single peaked at number 48 on Billboard Hot 100 and 13 on Billboard Hot R&B/Hip-Hop Songs chart. Alsina was even the first R&B artist on the cover of the XXL Magazine. On April 15, 2014 August’s debut studio album was released by Def Jam Records called Testimony. The album included his most famous songs I Luv This S***, Ghetto, Numb, Make It Home, Kissin’ on My Tattoos, and No Love. The official video for No Love featuring famous female rapper Nicki Minaj has over 300 million views on YouTube. August started the album with the song Testify that was very sentimental to him. In the four minute song, Alsina tells his fans about his traumatizing story growing up in poverty, life on the streets, and his broken relationships within his family. The first week it was released, the album sold 67,000 copies in the U.S and debuted at number two on the Billboard 200. August has also gained success through his features on other artists songs such as : Do You Mind by DJ Khaled, Hold You Down by DJ Khaled, I Don’t Get Tired by American rapper Kevin Gates, and more. In September 2014, August passed out on stage at a concert while on his first tour Testimony Live and went into a coma. He soon woke up three days later. Throughout his recovery process, he developed a long lasting addiction to Percocet that he would later overcome with time. 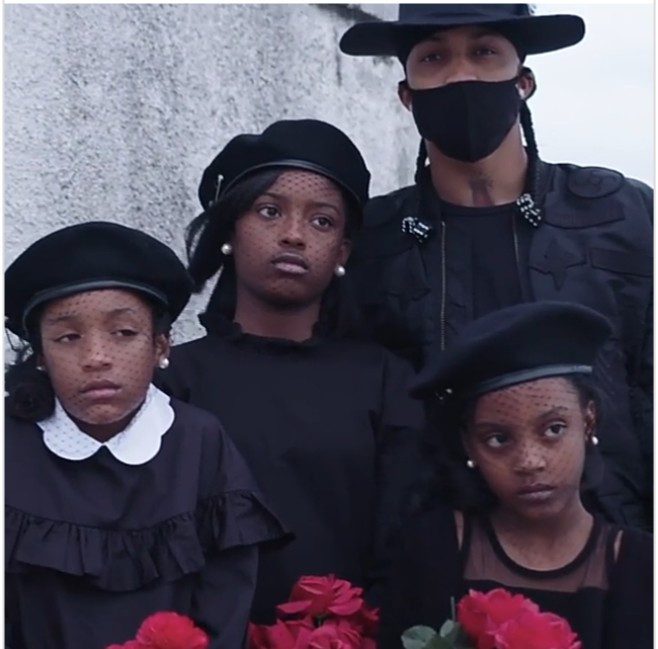 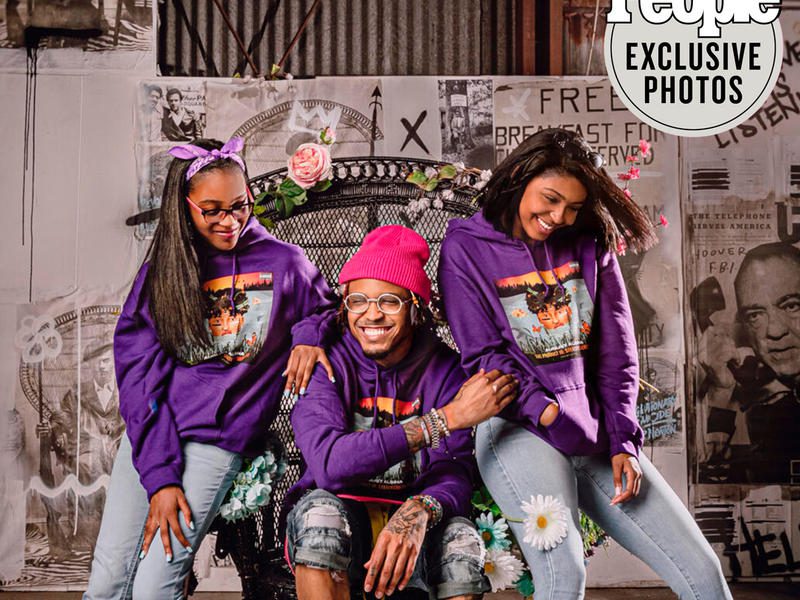 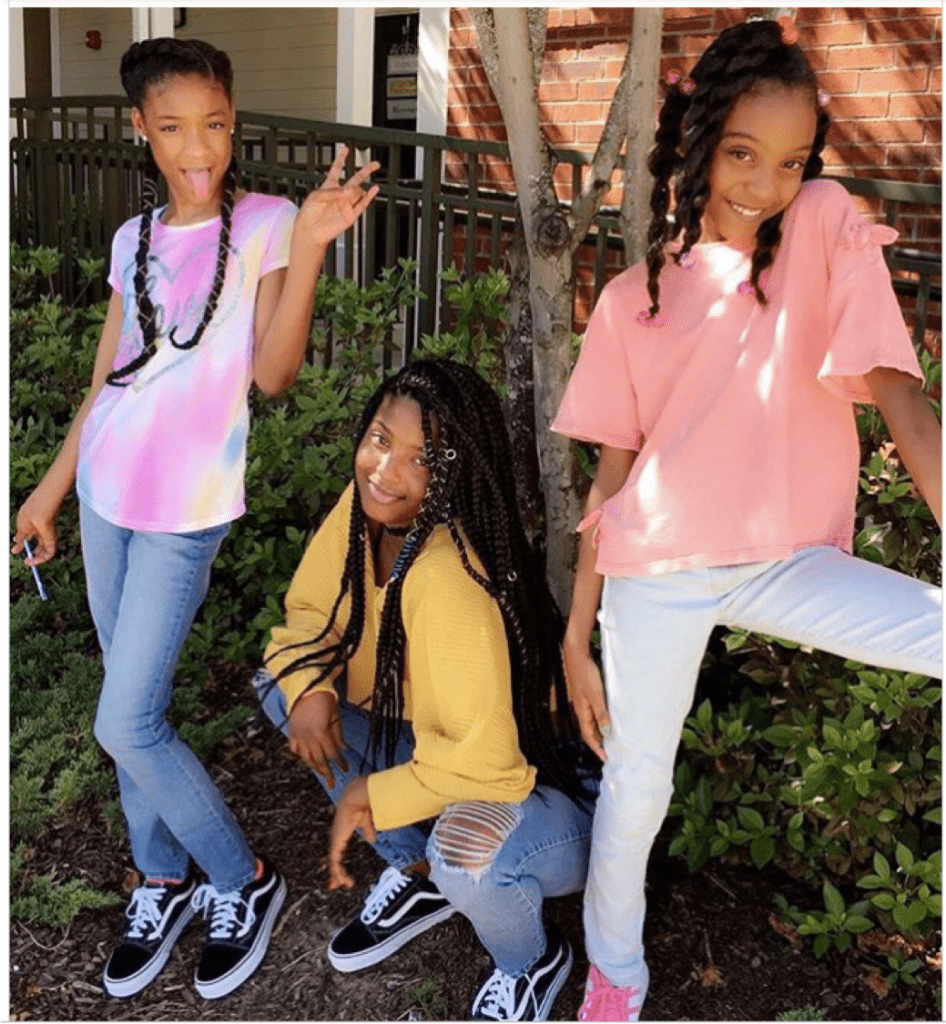 In 2015, August revealed in an Instagram post that he was undergoing surgery for a degenerative eye disease that was causing him to go blind in his left eye and initiated blindness in the right. He soon had surgery that would prevent the blindness from occurring. Regardless of the health issues that Alsina was encountering, his second album This Thing Called Life was released in December 2015. Even though this album did not bring the artist as much success as his first, it still debuted at number 14 on the US Billboard 200 and sold 41,000 copies within the first week. Considering the hardships that Alsina has endured during the later part of his career, he began working on his latest studio album in 2017. Also in 2017, August revealed on a Red Table Talk episode with actress Jada Pinkett-Smith  that he was diagnosed with a hereditary autoimmune disease that attacks his liver. Unfortunately, the album was put on hold due to the artist battling difficult health conditions and the loss of his sister-in-law Chandra on Christmas Day in 2018 due to cancer. His elder brother, Melvin, had 3 daughters by Chandra who August was left to raise. He began to take on the mother and father role for his three beautiful nieces Chaylin, Amaiya, and Kayden. Alsina moved back home to New Orleans to secure the well-being of his daughters and was finally able to release the album The Product III: stateofEMERGEncy on June 26, 2020. The album peaked at number 48 on the US Billboard 200, number 30 on Billboard’s US Top R&B/Hip-Hop Albums, number 9 on Billboard’s US Top R&B Albums, and number 4 on Billboard’s US Independent Albums. Prior to the release of his latest album The Product III: stateofEMERGEncy, August dropped his 5-part documentary  stateofEMERGEncy: The Rise of August Alsina. Towards the end of the making of his documentary, August became ill and woke up one day unexpectedly paralyzed. He was hospitalized for nearly a month and has gone through months of rehabilitation. After completing many different tests, August was officially diagnosed with a rare autoimmune disorder called Guillain-Barré syndrome. This disorder causes the body’s immune system to attack the peripheral nervous system causing muscle weakness and possibly paralysis. The artist eventually completed the documentary that takes his fans on a journey through his hometown in New Orleans and reveals his struggle of life with close family and friends. The documentary allowed Alsina to be vulnerable with his fans about how he endured all of the pain life’s obstacles has brought him and how he has coped with them over time. 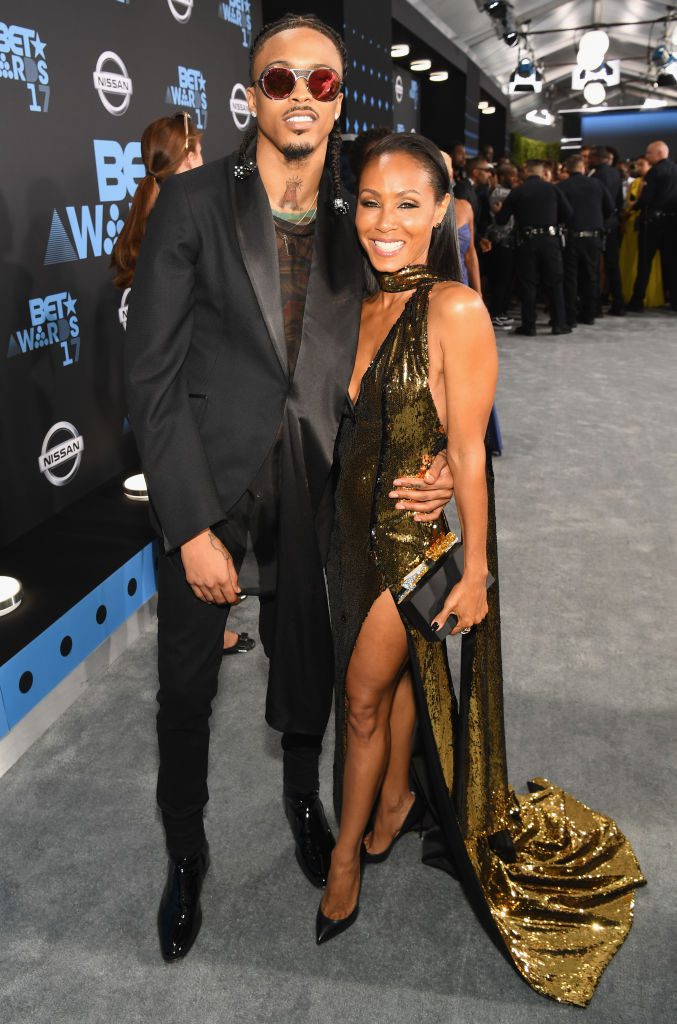 On June 30, 2020 August Alsina had a sit down interview with Anegla Yee discussing his latest album and major points in his career. For a few years there was speculation about August dating famous actress Jada Pinkett- Smith. Neither of them ever discussed or addressed the claims that circled the media, however, when asked about the relationship between them August went into depth about what went on because the artist stated, “What I’m not okay with is my character being in question”. Alsina explained that the relationship that he had with Jada was a type of love that he has never had in his life. He lost out on money and many opportunities because of their relationship and the media’s perception of him. The artist ended the relationship after his sister Chandra passed away in 2018 from cancer. Although August stated that Will Smith gave him “permission” to be in a relationship with Jada, the couple begged to differ on her Red Table Talk show a few weeks later. Jada first stated that they met August in 2015 and he became very close with the Smith family as Jada was helping him overcome his drug addiction and better his mental health. Jada also described her and August’s situation, as an “entanglement”, which soon led to an immense amount of conversation on the internet because of the strange use of language. Alsina soon released a song titled Entanglement featuring Rick Ross where he sang, “The definition of Entanglement is when you’re tangled in the sheets”. On August 1, 2020, the single peaked at number 5 on the US Billboard R&B Digital Song Sales.

Despite the judgement and attempt of the media to diminish his character, August Alsina has inspired many people across the world with his life journey. He started out in the music industry as a teen who came from poverty in the suburbs of New Orleans and is now using his traumatic story to reveal the beauty of growth in life. He is unapologetically proud of his struggle and is currently still present in the music industry. August Alsina remains the most humbling artist in the 21st century. 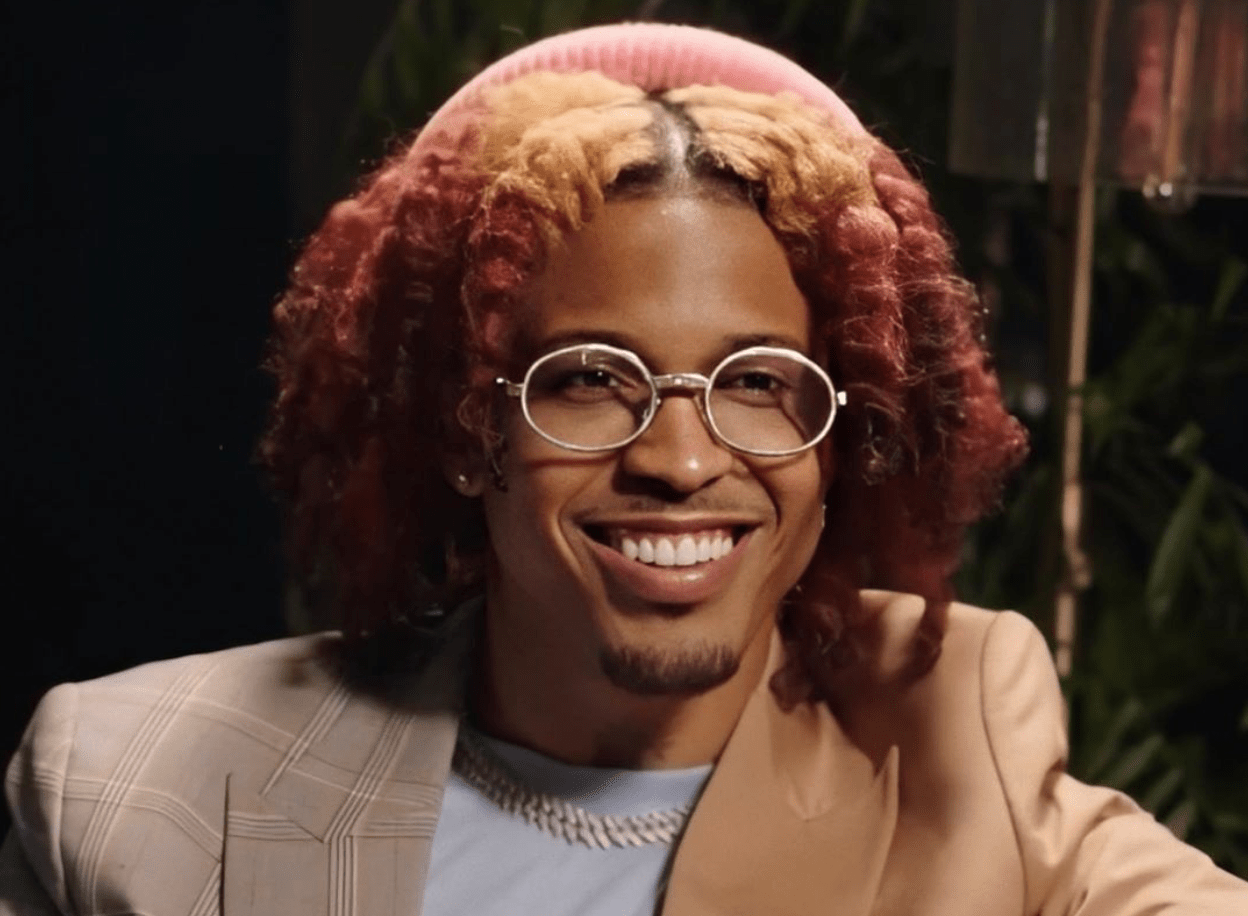 Downtown: Life Under the Gun