Pharrell Lanscilo Williams also known as Skateboard P is a multitalented superstar. He is a rapper, singer, songwriter, record producer, entrepreneur, and fashion designer. At the age of 45, Pharrell is no new face to the music scene as he has been active in the music community since 1992.  He has worked in not one, but four musical genres: Hip-hop, R&B, funk, and pop. In 2012, Williams created I Am Other, A multi-media creative collective that serves as an umbrella for all of his endeavors.

Pharrell has had a very elaborate music career. He has been a member of 2 music groups and has had an extremely successful solo career.

Pharrell had played instruments in band for years. He met a friend, Chad Hugo, in the 7th grade when he attended a summer band camp. In the early 1990s,  Pharrell and Hugo started a 4-member R&B type group with friends, Shay Haley and Mike Etheridge. The group called themselves the Neptunes. The group later entered a talent show, where they were discovered by the famous Teddy Riley.

In 1994, Williams and Hugo established themselves as a production duo, using their old group’s name , The Neptunes. They produced many songs such as Mase’s “Lookin’ at Me”, N.O.R.E’s “ Superthug”, and Kelis’s whole album entitled Kaleidoscope. By the 2000’s, the Neptunes were gaining a wide fanbase as producers. They have worked with artists such as Jay-z, SWV, Blackstreet, and Britney Spears.

In 1999, Williams and Hugo teamed back up with Shay Haley and they formed N.E.R.D, a funk rock Band.  In 2001, N.E.R.D released their first album entitled In Search Of….Since then, N.E.R.D has released 4 other albums and a major hit titled “ LEMON” that features Rihanna.

As a solo artist, Pharrell has encountered great success. He released his first solo single, “ Frontin’” in 2003 ,and in 2006, Pharrell’s first solo album, In My Mind, arrived. As a solo artist he has collaborated with many artist such as Mariah Carey, Beyoncé, Jay-Z, Solange, Madonna, Robin Thicke, Daft Punk, and Ludacris. He has produced material for dozens of projects including Kendrick Lamar’s Good Kid and Mad City, and Frank Ocean’s Channel Orange.

In 2005, Pharrell launched two streetwear brands, Billionaire Boys Club and Ice Cream Footwear, with the help of Nigo, a Japanese fashion icon. Billionaire Boys Club has a store in SoHo, New York and there is an official Ice Cream Footwear store located in Tokyo, Japan. Both brands are sold in retail stores across North America, the UK, Europe, and Asia.

In 2008, Williams partnered up with the French fashion company, Louis Vuitton, to co-design a line of jewelry and glasses. In 2013, Pharrell created a line of sunglasses for Moncler called, “Moncler Lunettes”.

He entered a partnership with Adidas in 2014. Since his collaboration with Adidas, he has released an abundance of collections under the brand. He uses the brand to showcase humanity and explore different weaving techniques and textiles from around the world. Adidas and Pharrell paired up with the French fashion company , Chanel, to create a unique tennis. Pharrell has also announced a collection of clothing with Chanel that is expected to drop sometime in 2019.

Williams has become associated with textile brand Bionic Yarn that creates yarns and fabrics made from recycled plastic bottles. Through the partnership, he has worked to create collaborations between the textile brand and the gap, Moncler, and Top Shop in effort to produce sustainable fashion.

Pharrell was the executive producer for the 2015, comedy film Dope. Williams has also produced the film titled Hidden Figures. He doubled as co-composer for Hidden Figures.

In 2015, Pharrell appeared on the singing competition television series, The Voice, as a judge.

Other Work By the Author...

Dreamgirls is a Broadway musical that premiered in 1981. It is based on the story of The Supremes and the history of Motown. In 2006,

Keith Farrelle Cozart better known as Chief Keef, Almighty Sosa, or Chief Sosa, was born and raised on the southside of Chicago, IL. He is 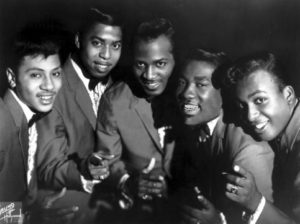 The O’Jays are an R&B music group that originated in Canton, Ohio in 1958. The group originally consisted of members Eddie Levert, Walter Williams, William

Stick to the Classics- Classical Music

Origins and Characteristics: Classical music is one of the oldest musical genres. Its origins date all the way back to medieval times. However, black people

The video was very enjoyable. What stood out to me is when Michael Eric Dyson said that he uses “hip hop as a pedological tool