Mariah Carey, the queen of Pop, is arguably one of the best singers in the world. With the most distinctive and recognizable voice in the history of recorded music, Mariah Carey has greatly transformed the music industry. No one could have guessed a little girl from New York City would have such a big voice that would redefine what it means to be a superstar. There is no other singer who is better than Mariah Carey, she is the voice of our generation. Her number one singles eclipsed great artists like Elvis Presley (seventeen), Michael Jackson (thirteen), Madonna (twelve), The Supremes (eleven), and Whitney Houston (seven); currently, Carey has more number ones than any currently active recording artist. From her remarkable vocal range, melismatic singing, and impact in music she is the most influential vocal stylist of the last two decades.

A Diva in the Making

Born on March 27, 1970 in Huntington, New York, to father Alfred Roy Carey and mother Patricia Carey, Mariah Carey was destined for greatness from the beginning. Mariah received her name from her mother’s favorite song, “They Call the Wind Maria.” After her parents divorced at the age of three, Mariah lived with her mother. Her mother, Patricia Carey, was a vocal coach and opera singer who ultimately was Mariah’s inspiration to sing. In 1972, when Mariah was only two years old, Patricia discovered Mariah’s talent when she began imitating her operatic singing (Biography, 4). “From the time Mariah was a tiny girl, she sang true pitch. She was able to hear a sound and duplicate it exactly,” her mother told People in 1993. According to Vogue, Mariah attended one of her mother’s rehearsals for Verdi’s Rigoletto and her mother missed her cue, but Mariah did not. She able to sing it in Italian at exactly the right point. Astonishingly, Mariah was not even three yet. From then on, Patricia began coaching Mariah and at the age of four, she was already getting singing lessons and singing at her brother’s radio station.

As Mariah Carey matured, her natural talent for singing grew even stronger. During elementary school, Carey naturally excelled in subjects that she loved, such as music, art, and literature, but did not enjoy other subjects. In high school, she began writing poems and adding melodies to them, thus starting her career as a singer-songwriter. As she continued to grow as a singer, she began demonstrating usage of the whistle register, and through training her mother taught her how to master and control it. At fifteen, she began writing songs with Gavin Christopher, an aspiring singer/songwriter/producer, and they began creating songs together in the basement of his father’s store during her senior year of high school. After high school, Carey moved to Manhattan, where she worked various jobs and continued to work on her music. During this time, she completed a four-song demo and attempted to pass it to music labels but was unsuccessful in her efforts. However, shortly after these attempts she was introduced to rising pop singer Brenda K. Starr and her life was forever changed.

From Waiter to Star

At just eighteen years old, Mariah was thrust into the spotlight. After struggling to pay rent by waiting tables in New York City, Carey and her friend, Brenda K. Starr, attended a party hosted by CBS Records. As Starr began developing a friendship with Carey, so did her desire to help Carey succeed in the industry. Starr persuaded Carey to bring her demo tapes to the event and she ended up giving her tapes to Tommy Mottola, the president of Columbia Records. Mariah Carey left the event not expecting Mottola to listen to the demo tapes, but he listened to the tape on the way home from the party. Subsequently, he spent two weeks searching for Mariah Carey and signed her immediately and set her to work on her first album, Mariah Carey (1990).  Tommy Mottola enlisted his top producers, Ric Wake, Narada Michael Walden and Rhett Lawrence to work on her debut album. Mottola wanted to market Carey as the labels main top female pop artist, competing with big names like Whitney Houston and Madonna. When her debut album was released, Mottola spent more than one million dollars promoting it and it turned into a huge success. When the album was released it was received really well; four singles off the album, “Vision of Love,” “Love Takes Time,” “Someday,” and “I Don’t Wanna Cry” all hit No. 1 on the charts (Long ,6). After this album, Carey became the first artist to have their first four singles hit number one after The Jackson Five (Long ,6). 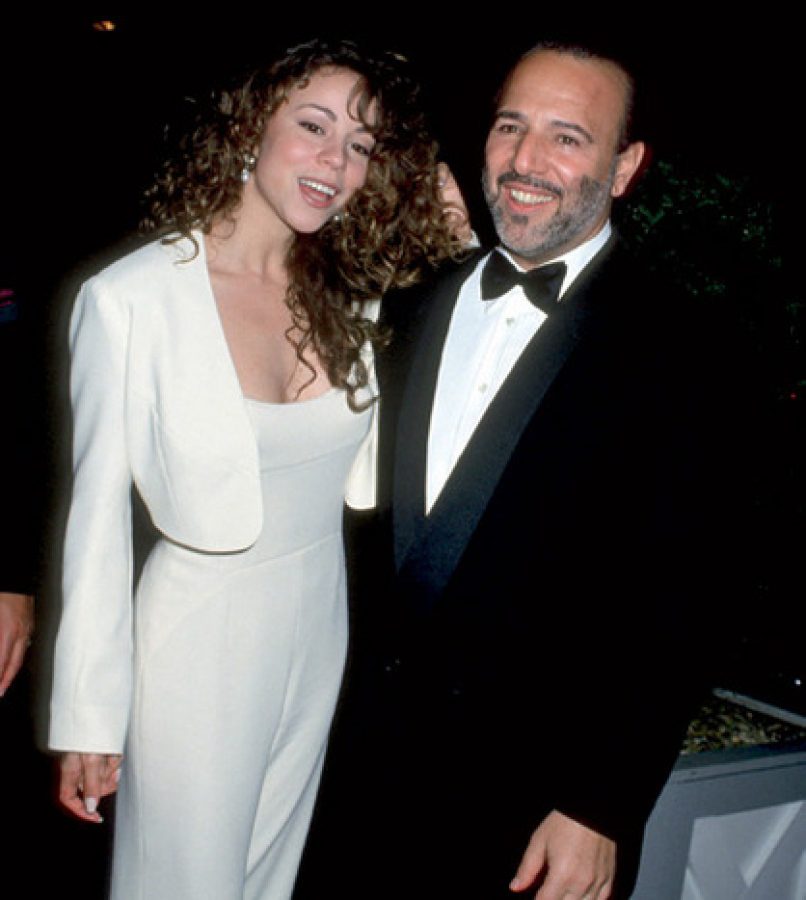 In 1991-1992, during the award season, Carey won multiple awards for her debut album, she received Best New Artist and Best Female Pop Vocal Performance Grammys for her single “Vision of Love (Long ,7).” At the Billboard Music Awards, she won Artist of the Year, Top Female Artist, Top Pop Artist, Top Pop Album and Adult Contemporary Artist of the Year (Long ,7). Selling more than fifteen million copies of her first album her second album, Emotions was anticipated to sell; however, Emotions fell a bit short and she only sold eight million copies, but she did receive praise for improved songwriting (Long, 8). Despite the low sales, Carey received her fifth number one single from the title track (Long, 8).

In the summer of 1993, Carey released Music Box, her third studio album. The album did exceedingly well having sold well over thirty million copies worldwide (Long, 9). During 1995, Carey shifted from her typical sound and her Daydream album debut a significant hip-hop influence. The change in sound proved to be beneficial because it quickly became her top-selling album in the United States (Long, 11). Again in 1997, Carey experienced another musical transition and her sixth studio album, Butterfly, contained more artistic independence and featured both hip hop and urban adult contemporary sounds (Long, 12). Collaborating with artists like Sean Combs, Missy Elliott and Mase she was able to experiment with new melodies and sounds; also, she revealed a new sexier image (Long, 12).

Mariah Carey success came to a grinding halt when she allegedly suffered a breakdown in 2001 (Long,14). Signed under a new label, Virgin Records, they stopped the release of her movie and album, both titled Glitter. However, when her album and movie were released they were not well received by the general public and music critics. Carey was not expected to comeback after the poor performance of Glitter, but in 2005 she released The Emancipation of Mimi and it was a huge hit (Long, 16). Again in 2007, Mariah began working on her eleventh studio album, E=MC². E=MC² was another huge success for Carey, however, critics compared them album to the Emancipation of Mimi.

Mariah Carey’s vocal range and profile is one of the most distinctive in the industry. Mariah Carey not only has a five-octave vocal range, but she is also able to reach notes beyond the seventh octave. Guinness World Records gave Carey the title of “songbird supreme” and she was listed second in Cove magazine’s list of  “The 100 Outstanding Pop Vocalists.” Mariah Carey has stated that she is an alto, but some critics describe her as a soprano. Jon Pareles of The New York Times described Carey’s lower register as a “rich, husky alto” that extends to “dog-whistle high notes.” Sasha Frere-Jones of The New Yorker adds her timbre possesses various colors, saying, “Carey’s sound changes with nearly every line, mutating from a steely tone to a vibrating growl and then to a humid, breathy coo. Her wide vocal range allows Carey to take melodies from alto bottom notes to coloratura soprano upper register (Jones, 2).” Carey also possesses a “whisper register.”

Overall, Carey’s unique vocal style and her incredible singing ability has significantly impacted popular and contemporary music. Her five-octave range and melismatic style is a great influence on the generation of pop singers that followed her. Her mastery of melisma, inspired the entire American Idol vocal school and virtually every other female R&B singer since the Nineties. New York Magazine’s editor Roger Deckker said that in regarding Carey as an influential artist in music, he commented that “Whitney Houston may have introduced melisma (the vocally acrobatic style of lending a word an extra syllable or twenty) to the charts, but it was Mariah—with her jaw-dropping range—who made it into America’s default sound (New York Times, 8).” From her remarkable vocal range, melismatic singing, and impact in music she is the most influential vocal stylist of the last two decades. 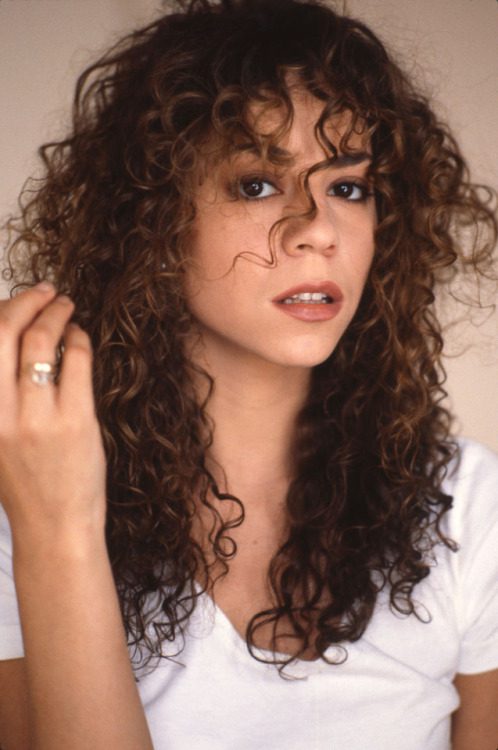 Years Active: 1974-present Yolanda Yvette Adams was born on August 27, 1961, and is a gospel singer, actress, record producer, and former radio host. She

Randolph Denard Ornette Coleman (March 9, 1930– June 11, 2015) was an American jazz saxophonist, violinist, trumpeter, and composer. He was one of the major innovators of the free

More Than A Song

Music has played an essential role in African American culture. The music we hear from R&B, rap, soul, and gospel artists is a beautiful concoction

By: Ashley Dickson & Jade Johnson [embedyt] https://www.youtube.com/watch?v=8T0cPCTVYbg[/embedyt] Hard Bop is a subgenre of jazz that is an extension of bebop music. The term began

Years Active: 1997- Active Gabi Wilson, better known by her stage name H.E.R.  ( an acronym for “Having Everything Revealed), was born on June

Mariah has a five octave range, which is two octaves higher than normal soprano.
She also has the ability to reach notes beyond the 7th octave. Referred to as the “songbird supreme” by the Guinness World Records, she was ranked first in a 2003 MTV and Blender magazine countdown of the 22 Greatest Voices in Music, as voted by fans and readers in an online poll.

Mariah used to cut class.
She cut class so often in high school that she got the nickname Mirage!

Mariah’s dogs live better lives than most people.
She has eight jack russell terriers. From spending $32,000 a year on spa treatments for them to flying them all by private jet for a five-star “canine vacation” at the luxury Paw Seasons doggie hotel in Bristol, where she gave staff personalized daily menus to follow for each of them, Mariah’s dogs are living the life

Mariah’s fans are known as her “Lambily.”
According to the Lambily website, Mariah started calling her loved ones, friends, and fans “lambs” in 2000.