During Jimi Hendrix’s lifetime, he was able to take his childhood experiences and integrate them into the 1960s and 1970s music scenes creating and bridging new genres that last to this day. This post will give context to the man behind the guitar, evaluate elements often found in his music and political activism, and will analyze mentioned elements some of Jimi Hendrix’s most popular songs.

Born to two parents in Seattle, Washington in 1942 Jimi was given the name Johnny Allen Hendrix, but his name was later changed by his father to James Hendrix. He was continuously referred to “Young Jimmy” throughout his childhood. Hendrix became interested in music early on in his childhood.

It was recalled by Hendrix’s father that he would ask “Young Jimmy” to sweep the entire house before he came home from work; instead he would come home to find straw all over the house from “Young Jimmy” using the broom as a guitar.

It was not until 1958 when Hendrix was 16 years old that his father gave him a five dollar acoustic guitar that was previously owned by a family friend. Not long after Hendrix formed his first band, “The Velvetones”, that Hendrix soon left to join the army.

Not long after 1963, Hendrix was later given an honorable discharge after breaking his ankle after landing a parachute jump. After leaving the armed services Hendrix decided to seriously pursue his music career. He became a backup guitarist and often the lead guitarist for many headlining acts; Tine Turner, Sam Cooke, and Little Richard among others.

In 1966 Hendrix found his way to London, England from the advice of his close friend Chas Chandler and with promises to be signed to a up and coming record label. Once in London Chandler assumed the role of Hendrix’s manager and publicist. Chandler suggested the name spelling change of Jimmy Hendrix’s name to Jimi Hendrix. With Chandler’s help Hendrix created the Jimi Hendrix Experience and became a Rock N’ Roll sensation seemingly overnight.

On September 18, 1970 Jimi Hendrix died in London from an overdose on barbiturates. Many conspiracies surround his death, and many more are still forming to this day. However, at the young age of 27 his influence on music, art, and politics was felt all over the world and can still be felt to this day.

Jimi Hendrix's Influence All Over the World

His accomplishments in music go hand and hand with his guitar skills. As a completely self-taught guitarist, Hendrix was known for his exceptional use of riffs, distortion and overdrive, and scale and chord combinations.

Hendrix was known for improvising his live performances and would throw in riffs where he saw fit, however Hendrix recorded many songs built around riffs; “Foxy Lady”, “Machine Gun”, and “All Along the Watchtower”.

And finally, his use of scales and chord combinations were unique to the 1960s, because he integrated elements from any genres; blues, rock, soul, RnB, and jazz. This is exemplified in his most popular song “Purple Haze”; this song has clear rock elements, British and American, and subtle blues and soul components (Doggett, 2004). The way scales and chords were placed in songs were done decisively to create a more soulful sound to reach varying audiences.

Jimi Hendrix’s significance in the 1960s consisted of political tension, musical and artistic exploration, and self-expression; Jimi Hendrix experienced and influenced it all. Jimi Hendrix knew and pursued his dreams to bring enlightenment to the world, his did this through music and political activism. As an innovator in his own right Jimi Hendrix integrated elements in his music unlike any other during his time. Utilizing his childhood experiences, his creative soul, and his concern for humanity Jimi Hendrix influenced the 1960s, 1970s, and influences still to this day. 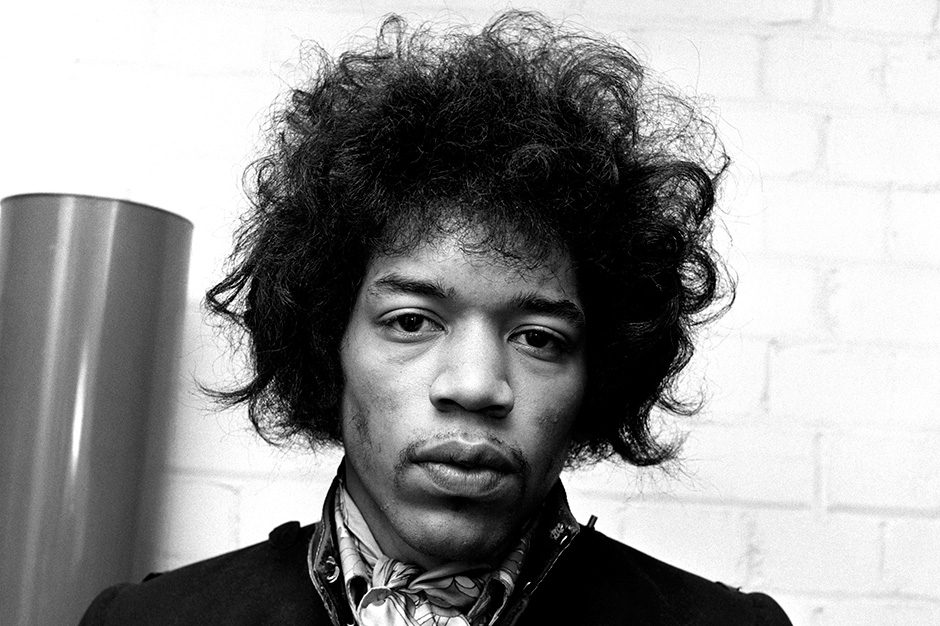 When the power of love overcomes the love of power the world will know peace.

Other Works By the Author