It is impossible to talk about influential jazz musicians without talking about Art Blakey. Blakey was one of the most important figures in the history of jazz music. He not only helped to usher in a new genre of jazz, but he also mentored and inspired the next generation of jazz artists.

Blakey was born Arthur Blakey on October 11, 1919 in Pittsburgh. The first instrument he taught himself to play was piano and by seventh grade, he was at a professional level. However, he was eventually upstaged by another young pianist named Erroll Garner. Though Blakey was good, Garner was better. So Blakey decided to take up drumming instead.

As a teenager, Blakey played the drums under the tutelage of famous jazz drummer and band leader Chick Webb. Beginning in 1939, he played in several bands, most notably with Billy Eckstine, whom he played with from 1944-1947. Through playing with Eckstine, he met Dizzy Gillespie, Sarah Vaughn, Billie Holiday and other jazz icons.

After Eckstine’s band broke up, Blakey traveled to Africa. There, he learned polyrhythmic drumming and converted to Islam. When he returned to the States, he was hired to be the drummer on a couple records for Thelonious Monk (a jazz pianist). Also around this time (the late 40s), he formed his Seventeen Messengers band, a big band comprised of 17 members. But perhaps his most well known band was the Jazz Messengers, which formed in 1954. 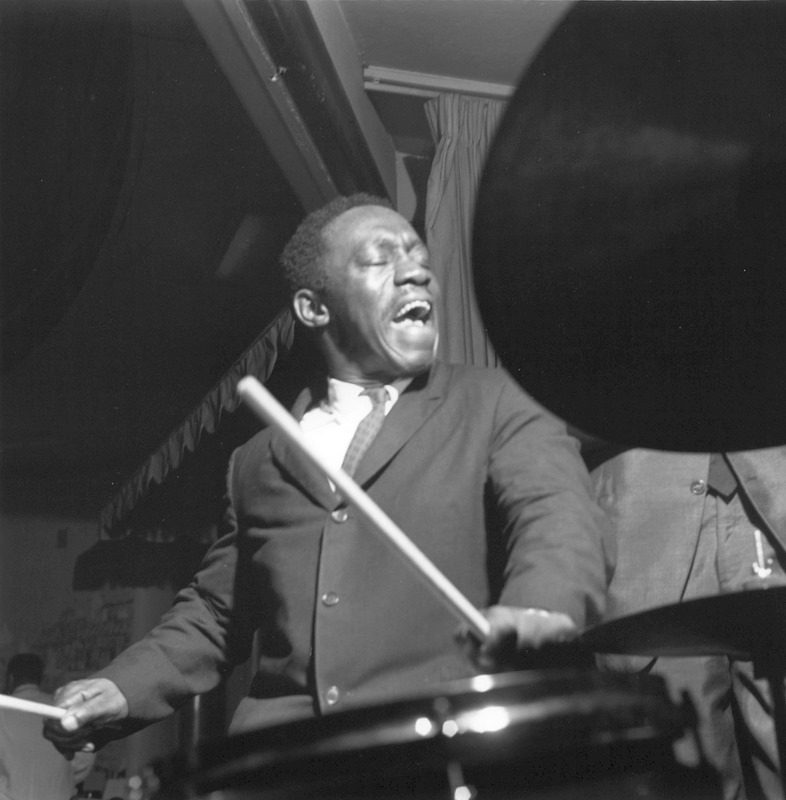 Apart from the Jazz Messengers, Blakey was a well respected musician in his own right. The complex rhythmic patterns he learned to play while in Africa paired with his elaborate drum solos helped create the bebop sub genre known as hard bop. Additionally, his musicianship helped the drums to gain notoriety as a reputable jazz solo instrument. Blakey made tremendous contributions to the history of jazz music, black music and music in general. His jazz message lives on through anyone who learned from him.