The first time that I heard an Aretha Franklin record was as a child in the car with my mother on the way to school. It was from her album “So Damn Happy”, and it was a record about how beautiful the world was, despite her missing a cherished lover. At the time, my father recently passed away, and her smooth tone and soulful emotions identified with my feelings of grief and acceptance. This was the first song that spoke to my “soul”, and although I was too young at the time to thoroughly digest her contributions to the soul genre, my studies have further solidified her innovative style and musical perspective. 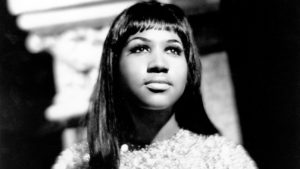 Aretha Louise Franklin was born March 25, 1942 in Memphis Tennessee and was formally a singer, songwriter and pianist that is affectionately referred to as the “Queen of Soul”. Her father was a minister and she grew up singing Gospel music in the Black church. Her secular career formally began when she turned 18 years old and was a recording artist for Columbia records. 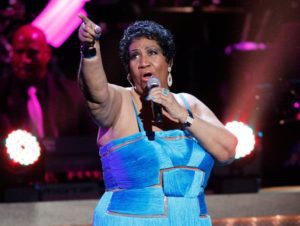 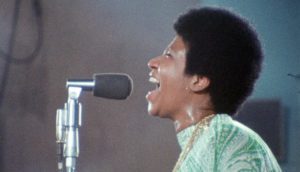 Despite a slow career start, she found acclaim and commercial success after signing with Atlantic Records in 1966. Hit songs such as “I Never Loved a Man (The Way I Love You),” “Respect,” “(You Make Me Feel Like) A Natural Woman,” “Chain of Fools,” “Think,” and “I Say a Little Prayer” propelled her past other artists a part of the soul genre. She was dubbed as the “Queen of Soul” by the end of the 1960s. She is a trailblazer, as the first woman to be inducted into the Rock and Roll Hall of Fame and most recently she was inducted into the Women’s Hall of Fame in 2020. 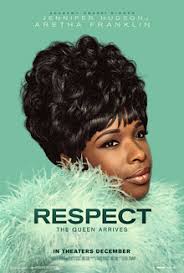 Franklin’s powerful voice served as the perfect backdrop for her activism that propelled social change. Notably, she advocated for the release of Angela Davis from prison. Her last notable act of activism was her refusal to perform for Donald Trump’s presidential inauguration in 2017. Aretha Franklin has countless feel-good records and her powerful presence inspires many modern female artists such as Beyonce, the late Whitney Houston, and Jennifer Hudson, whom portrayed Franklin in her formal biopic. Hudson’s vocal range and power is very reminiscent of Franklin’s own powerhouse vocals, which is only one testament of Franklin’s impactful legacy as a woman in soul music.