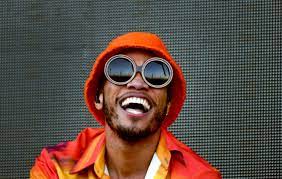 Anderson. Paak is the artist I chose to write about. He has been an inspiration of mine since I was a child. His sweet and soulful voice has always helped me continue to push through when I felt I could not. He makes me feel that he knows my pain like he knows my heart. Anderson. Paak is ordained to be a part of the music industry. This was his destiny.   Anderson .Paak is a genius with a beautiful success story that impacts every, and reminds us to keep dreaming.

Anderson . Paak is more than an entertainer. He is an inspiration. Anderson. Paak did not have an easy life. In his interview with the guardian, one of the quotes that stood out to me was “I think that stayed with me. Everything is temporary and you should appreciate it while you have it. I love experiencing things that taste great and things that look good but I know that it can be gone in a matter of seconds.”  (Lynskey).  This speaks to Anderson.Paak’s story. He has had multiple setbacks. He lived in a one-bedroom apartment with his family. His mother started a strawberry business and then he moved into a 5 story mansion. The strawberry business eventually failed after two successful years. So his mother became a gamble and went to jail because of undeclared winnings. He had always loved to listen to music, but then he wanted to create music and decided to play the drums at the age of 13. 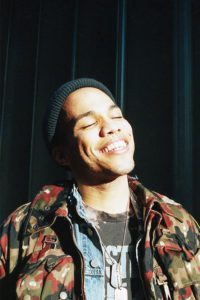 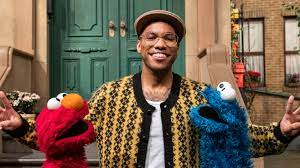 He Made It Though:

Anderson . Paak went through high school knowing he was wanted to be a musician. He was one of the only black kids in his class. He was the one that could sing, dance, rap, etc. He tried to sing with record labels and was rejected so many times. Through his 20’s he went to work in the field of Marijuana. He lost his job in 2011. He then started to take music way more seriously.  He was doing this for his family. Of course, he came out with music between the years of 2011-2016. He released two records one of them being called Lovejoy under the name Breezy Lovejoy. Anderson. Paak signed to Dr. Dre around 2015. He made it big when his album Malibu came out in 2016.  Which according to The Guardian was one of the most celebrated albums of that year.  So After being told no so many times. He still made it though.

Anderson .Paak is very inspirational he came from nothing. He lost him self and even his material things. At different points he was even homeless. I feel that it was important to highlight this story because that is his impact. He shows us that no matter what we can make it. He shows us that perseverance is key. I hope the you enjoyed this piece.

Lynskey , Dorian. “Anderson .Paak: ‘People Are like, ‘How Are You Not on Crack Cocaine?’.” The Guardian, Guardian News and Media, 13 Apr. 2019, www.theguardian.com/music/2019/apr/13/anderson-paak-people-are-like-damn-how-are-you-not-on-crack-cocaine-right-now.

DwayneBrayESPN. “You Don’t Know the Half of It: The Family That Gave Us Anderson .Paak.” The Undefeated, The Undefeated, 13 Mar. 2021, theundefeated.com/features/the-family-that-gave-us-grammy-awards-winner-anderson-paak/. 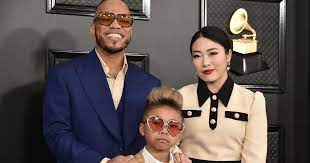