Wynton Marsalis was born on October 18, 1961 in New Orleans, Louisiana. Today, Marsalis is a world-renowned composer, educator, and musician. And he is specifically known for his skillful trumpet playing. Although he has performed several different genres of music including classical and quartet, this article will focus on his performance in the music genre of jazz. He is often associated with the Young Lions a music group that specializes in neo bop jazz.

He was the first composer to utilize all of the subcategories of jazz. And this ranged from traditional jazz to bebop to modern or free jazz. In fact in 2009, he paired with the Atlanta Symphony Orchestra in which performed his piece that encompassed ragtime and blues rhythms. Later the Swing Symphony also performed one of his compositions that was enveloped with several harmonic layers of improvisation. More specifically, his pieces "Citi Movement" and "Blood on the Fields" were amongst those that introduced his innovative exchange of melody, rhythm and harmony. It was this that created new possibilities for the jazz genre. 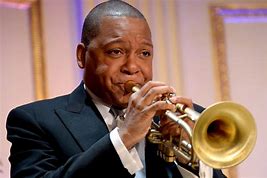 Elements that he utilized

Marsalis has used traditional jazz which was originally played by skilled trained musicians in New Orleans. He has also utilized ragtime which has influenced traditional jazz, but is not about improvisation. He also uses swing, a subset of jazz which is the irregular carrying or shortening of notes. And, he has used bebop which is characterized by improvisation and fast tempo.

The Birth of Jazz

After the Emancipation of Proclamation, the trained, skilled musicians who had previously played in the opera houses were kicked out which led to the birth of jazz. Even before the Emancipation, during slavery, slaves were given Sunday off in New Orleans when they would meet at the Congo Square. The Congo Square is an open space in the now Louis Armstrong park, where slaves would set up a market, sing, dance, and play music. Fun fact: Louis Armstrong was the most famous trumpet player of traditional jazz, could swing the notes.

Jazz and the Black Culture

Subgenres of jazz such as bebop directly coincided with the evolution of the black culture in the 1920s. It revolved around the idea of creativity pride for the black intellectuals. Many people stopped dancing when listening to jazz unlike how they would with Ragtime.  Jazz allowed people to listen to the creativity of the black performer.

Summary of My Opinion

I am glad that I was afforded the opportunity to further my knowledge not only about the evolution of jazz but also about one the world’s most renowned jazz composers. I found the topics that I’ve touched in this article to be extrememly insightful and interesting.