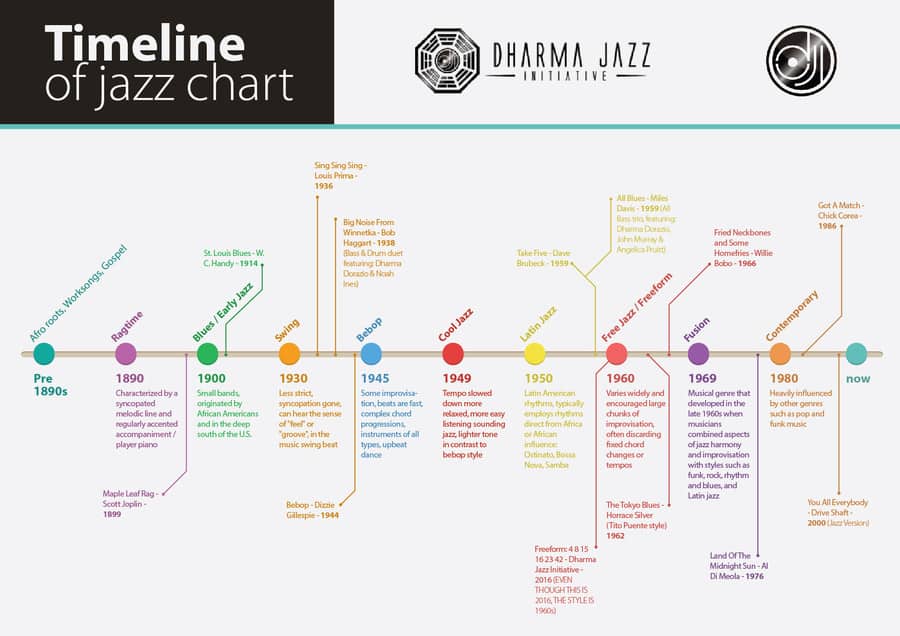 Get To
Know Jazz

Birthed in African American communities in New Orleans Jazz, became a popular genre in the 1920’s. The Jazz age was a time where new music and dance emerged. Not only was this genre popular in Black communities but it was also popular in White middle class communities. Jazz derived from ragtime and blues influences. Jazz music was able to become popular quickly and played all over the United States as a result of the inventions of radio and phonograph. Potter Palm Shows was also another reason as to why jazz became so big in the 1920’s. It was a radio show where audiences were able to watch big-band jazz performances.

Louis Daniel Armstrong, born on Aug. 4, 1901 in New Orleans. Louis Armstrong was an American trumpeter and jazz singer. Louis Armstrong became one of the most influential musicians in jazz history. Armstrong came from a ratherly poor background and was raised by his mother and grandmother. Louis Armstrong was named “the single most influential figure in the history of Jazz” by Billboard magazine. He is known to be the first Jazz soloists. Louis was able to transform Jazz through his unorthodox style of improvisation and influence other artists who followed behind him.

Miles Dewey Davis III was born on May 26, 1926 in Alton, Illinois. He was an American trumpeter and composer. Davis made many contributions to Jazz during the 1940’s. Daviss’ style on the trumpet was nothing like other famous Jazz artists such as Armstrong. He played his trumpet with a straight vibratoless tone. His distinctive style of trumpet playing utilizing tone rather than speed changed the way jazz was performed any those who came after him followed his footsteps. Miles Davis unique style contributed to the development of jazz; he made way for the introduction of different styles of jazz like cool jazz, modern jazz, bebop, and etc. Miles Davis was awarded several grammys was considered one of the most influential trumpeters during the period of Jazz.

Edward Kennedy “Duke” Ellington  was born on April 29, 1899 in Washington D.C. He was considered to be one of the greatest jazz composers of his time. His career lasted over 5 decades. He was the band leader of the Washingtonians who later performed regularly at Harlem’s famous Cotton Club which helped him to gain fame nationally. With what began with a 12 member orchestra later grew to 14 members, one being Billy Strayhorn. Duke composed almost all of the orchestra performances. , which is something you don’t see often. He toured the United States with his group traveling through the United States and several other countries.

Jazz had many sub-genres which each had it's own unique style.

Cool Jazz was introduced in the late 1940’s. It was the opposite of bebop; the style was a more relaxed playing.

Bebop which developed in the early 1940’s was usually a fast tempo with a rapid chord change. It was one of the most complex styles of jazz.

Swing Jazz became popular during the 1930’s. It is played by big bands . Swing music was smooth and had consisted of a solid beat with simple chords. 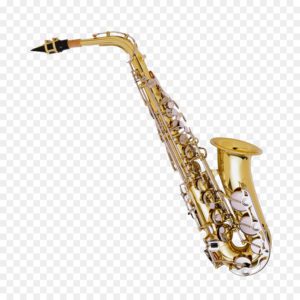 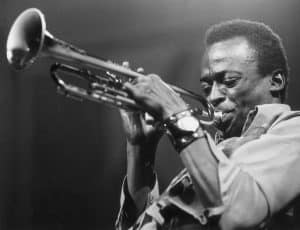