Luther Vandross was born April 20, 1951, in New York City. He was the youngest of four children and was raised by his mother, Mary Ida Vandross, after his father died when he was 8 years old. They lived in Alfred E. Smith housing project in lower Manhattan where his mother worked as a licensed practical nurse.  “The Vandross family was a musical one, and from an early age Luther was exposed to the black pop music of the day. His first piano lessons came at the age of three and his sister Pat was a member of a doo-wop group called the Crests.” At the age of 13 Luther and his mother moved to the Bronx and attended William Howard Taft High School. In school he seemed fascinated by the girls groups of the Motown Label,  produced by Aretha Franklin and Cissy Houston. As his love for music increased he grades plummeted and he was certain his career would be in the music industry.  After high school, Vandross enrolled at Western Michigan University in Kalamazoo, though quit after two semesters did not go so well. This added to his motivation to be a professional singer. In 1972, a song written by Vandross, : Everybody Rejoice”, was chosen for the Broadway musical “The Wiz”. He made some money for his song but it was not enough to support him fully, so he had multiple day jobs.

In 1974, guitarist Carlos Alomar who was a childhood friend of Luthers’ obtained a job singing back up for British singer David Bowie , he invited Vandross to accompany him to a recording session during the making of Bowie’s album “Young Americans”. “During the session, Bowie overheard Vandross mentioning some background vocal arrangement suggestions to Alomar. Bowie loved the ideas, and he immediately hired Vandross to sing and arrange backup vocals for the album. He also recorded a Vandross-penned song, ” Fascination”. When the album was finished, Vandross joined the Bowie tour as a backup singer.” Bowie became an important connection in the music industry and helped set a platform for his career.Bowie introduced Vandross to Better Midler who then hired Vandross to sing back on her next two albums. Throughout the following years, his voice appeared on songs by artists such as Chaka Khan, Carly Simon, Ringo Starr, the Average White Band, Barbra Streisand, and Donna Summer.

In 1980, Vandross created some songs of his and own and by the chance of fame took them to Epic Records, thankfully he was granted a contract immediately upon playing his records. Epic released Vandross’s first solo album,” Never Too Much”, in 1981 . The album sold more than one million copies, cracked the top ten on black pop charts, and launched Vandross’s career as a solo superstar.” Vandross then released his follow-up album, ” For Ever, For Always, For Love”, one year later. All of his albums did tremendously well reaching number one on the R&B charts. Over the years Luther had the opportunity to produce hit albums for Cheryl Lynn in 1982, “Instant Love”, as time went by produced songs and/or albums for starts like Diana Ross, Aretha Franklin, and Whitney Houston.

HE DID IT! With his hit duet with pop star Mariah Carey, “Endless Love” hitting number two on the pop charts! Released a Christmas album in 1995, one of my favorite albums! In 1997, Vandross sang the national anthem at the Super Bowl, a big sign of success for his career.  In 1998, Vandross ended his 16-year partnership with Epic label and soon signed with Virgin Records releasing, ” I Know” featuring stars such as Stevie Wonder, Cassandra Wilson, and Bob James.  He found a more stable “home” with J- Records, where he released three albums between 2001 and 2003 especially hit song, “Dance with My Father”.

In April , 2003 Vandross suffered a debilitating stroke that left him in a temporary coma. Doctors said the reason for his stroke was the combination of his recent weight gain and his ongoing struggle with diabetes. While the recovery was slow and difficult , six months after the stroke he gained the ability to speak and sing, but he was confined to a wheelchair and remained weak. He was unable to attend the 2003 Grammy Awards, however “Dance with My Father” was honored with four Grammys, including an award for Song of the Year. “The Grammy ceremony included a tribute to Vandross performed by Alicia Keys and Celine Dion. In a taped appearance, Vandross made his first public statement, telling fans:” I wish I could be with you there tonight. I want to thank everyone for your love and support. And remember, when I say goodbye it’s never for long, because I believe in the power of love.”

Luther Vandross died on July 1st, 2005 in a New Jersey hospital. As he always said he believed in the Power of Love and so many had love for him.  Luther had an amazing spirit and a love for music that was unique to him. He was a beautiful person instead and out and has been missed. Thank you Luther. 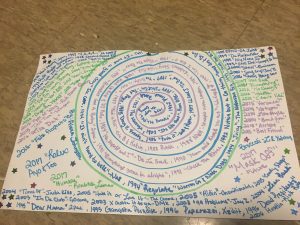 R&B Is Where its at!

R&B a genre many of us love! But where are the women! My piece is drawn in majority cool colors, most colors people would associate 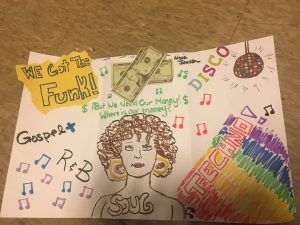 This photo was a creation by me, upon the genres of Soul, Funk, Gospel, Funk, Disco and R&B. In the center top part of the 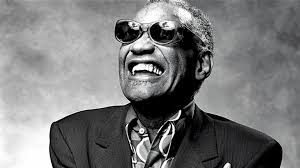 Who’s got SOUL? You got soul!

Soul Soul music derived from in the 1950s from the sounds and tunes from the blues. During the mid 1960’s when it made its transition 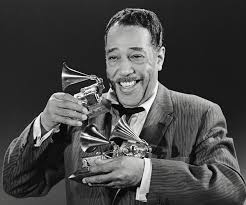 Jazz Jazz originated out of the rise of many other genres such as ragtime, blues, European classical music, African American religious music and musical theater 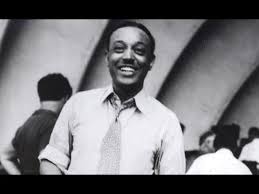 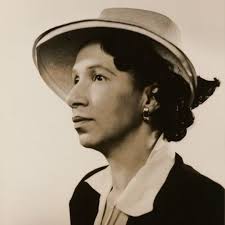 What is Classical Music?