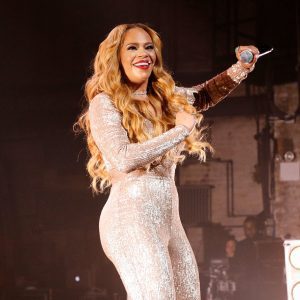 Faith Renee Evans was born on June 10, 1973 in Lakeland, Florida. She was raised in New Jersey and later moved to Los Angeles, California to pursue her music career. In the early years of her music career, she was a backup singer for famous 90’s artist like Al B. Sure and Christopher Williams. After being recognized for her amazing voice, she became the first female artist to be signed to Sean ‘Diddy’ Comb’s Bad Boy Records. Some of her popular hits  include “Soon As I Get Home” and “I Love You”.  Faith Evans was in a long, drama-filled relationship with hip-hop legend, The Notorious B.I.G. Today, Evans is still performing and touring with her Bad Boy family all around the world.