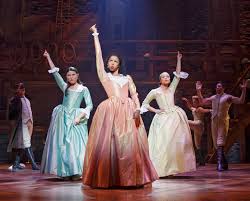 Before African-Americans added their unmatched spice to the genre, musical theater was mainly an opportunity for white people to mock their secondhand impression of black culture. It was common for the actors and actresses to use blackface and sing “coon” songs. The plays consisted of exaggerated stereotypes that insulted black people and their culture. In 1898, Will Marion Cook and Bob Cole were the first people to bring back black-written musical shows to Broadway, the birthplace of theater. Cook and Cole had different paths they wanted to take regarding their shows. Cole wanted the shows to mock white people the same way they mocked black people. However, Cook wanted to bring a different style to the musical theater world. Cole went off with his brothers are created many shows that changed the perception of black people.

Years later, more black people began to emerge into the musical theater scene, taking it and making it something of their own. Some notable all-black theater shows are Black Nativity, Carmen Jones, Dreamgirls, The Wiz, and Hamilton. These musicals showcase the flexibility of black talent. Important artists such as Michael Jackson, Diana Ross, and Jennifer Holiday are some people who starred in all-black theater shows.

Check out some videos of these famous theater shows!