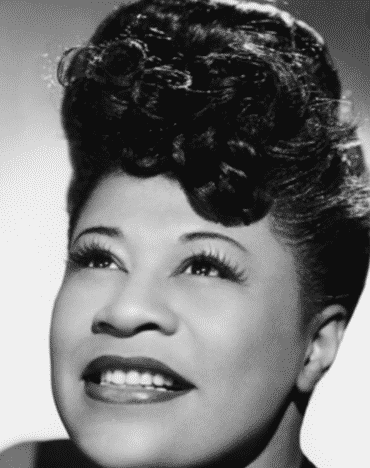 Ella Fitzgerald was a famous African American jazz singer. Fitzgerald was born August 25, 1917 in Newport News, Virginia. As a child, after her parents separated Fitzgerald moved with her mother to Yonkers, New York where they eventually began to struggle. To help out, Fitzgerald began to work as a messenger for a brothel.

After the death of her mother, Fitzgerald went to live with her aunt. She started doing poorly in school, cutting class and eventually was sent to a reform school. A couple of years later in 1934 Fitzgerald found herself living in the streets to survive.

A little later on Fitzgerald ended up entering a contest at the Harlem Apollo theater and won. This win jump started her career in the music industry. After the win she met a couple of people in a band and joined as a lead singer. Fitzgerald went on to record a song called “Love and Kisses” and her first hit “A-Tisket, A-Tasket,” followed by her second hit “I Found My Yellow Basket.”

Eventually Fitzgerald joined Decca Records and towards the 40s and 50s her career began to take off. She began to perform more and more, dropped more hits, and even debuted in a film called Ride ‘Em Cowboy.

In 1958 Fitzgerald won her first two grammys and became the first African American woman to win the award. Through her continued success in the music industry, Ella Fitzgerald became known as one of the leaders, most influential people, and face of jazz.

Mahalia Jackson was known as the Queen of Gospel. Jackson was born on October 26, 1911 in New Orleans, Louisiana. Jackson began singing as a child at age four at the Mount Moriah Baptist Church. Growing up in an extremely religious Christian household Jackson had strong gospel influence in her childhood as well as influence of the blues from artists before her such as Bessie Smith.

As a teenager Jackson moved to the city of Chicago where she planned to study nursing. She ended up joining another church, the Greater Salem Baptist Church and became a member of the Johnson Gospel Singers with whom she performed professionally with for years.

After a while Jackson began to work with a composer named Thomas A. Dorsey. Together they performed all over the United States until Jackson’s singing career jump started in the 30s. Jackson had her first real hit in 1947 called “Move On Up a Little Higher.” The song sold millions of copies and became the most sold gospel song.

After this Jackson’s career took off and she became not only a national star but an international star performing, dropping hits, and even debuting on shows. Jackson also performed the song  “I Been ‘Buked and I Been Scorned” at the March on Washington. Mahalia Jackson lived to be one of the greatest gospel singers in her time and present day. To this day the legacy of Mahalia Jackson lives on in gospel forever. 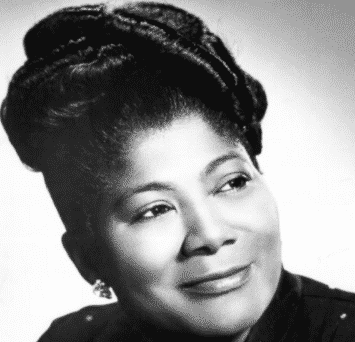