A Breakdown of a few Elements in Spirituals

Hymns were songs sung by African American slaves that usually have eight bars of rhyming couplets. These lyrics are based on scriptures from the Bible. The call-response is also a concept commonly used in Spirituals. They consisted of one soloist making a musical statement in which was followed by an answer by another soloist or instrument. The Great Awakening was a key factor of the Invisible Church. It was the period of time (1700s) in which African American Slaves were converted into Christianity. 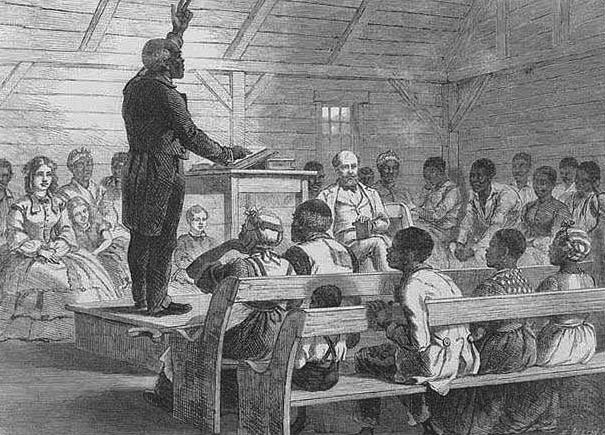 The Creation of the Invisible Church

African American slaves were not allowed to worship or assemble for church service without White supervision.  White Methodists had a disdain for the music performed or ministered by Black Methodist.  This notion combined with the fact that Blacks were in search for a self-defined means to worships led to the creation of the Invisible Church. 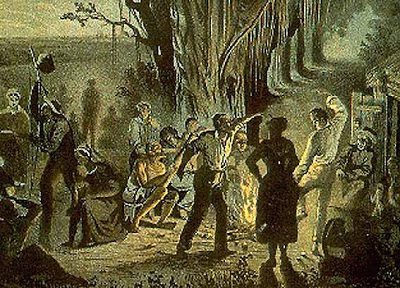 What was the Invisible Church?

Invisible church was held at various sites where slaves could assemble and worship in secrecy. This was of course against the laws the prohibited this very action. What did they do in the Invisible Church?

Along with the singing of hymns, slaves often commenced in spirituals that expressed their desire for freedom.  Songs that held double meanings such as this can be referred to double entendre texts. They also had ring shouts which was a type of worship that involved the singing and clapping of slaves while they moved counter-clockwise in a circle.

Directly, these spirituals led to arranged  or concert spirituals which are performed in educational institutions for the purpose of providing information about these African American hymnals.

In concerns to the double entendre texts of spirituals,  these songs provided African American slaves to feel encouraged. Through the messages transmitted in these spirituals, this notion that God understood that they’re were suffering. However, through the music, they were given reassurance that He would liberate them when the time was right. 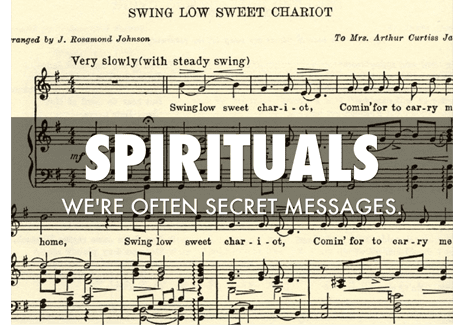 Summary of My Opinion