Negro Spirituals from the Church to the Field

Negro Spirituals were used from the 1800s to the time leading up to the abolishment of slavery; they constitute as one of the largest and most significant forms of folksongs. Negro spirituals consisted of hymns, spirirtual songs, and songs of praise that spoke to the plight of being a slave. They are a connection to biblical stories that are seen in the KJV of the bible, such as Daniel and Moses, and thus were in connection to Christianity. They were used as a secret language amongst other slaves. These spirituals often had a deeper meaning, and gave slaves a way to escape their sorrows and slave masters.

“Go Down Moses” is an example of a particular negro spiritual that is a folksong. It was composed by Henry Burleigh in 1862. Its name was derived from the events that occurred in The Old Testament in which God commands Moses to demand the release of the Israelites from bondage in Egypt. The song discusses the metaphoric freedom of Moses and the physical freedom of slaves. This spiritual was used as a form of secret language for the slaves to communicate amongst each other and express their desire to be free.  Due to the strong message of this song, slave holders abolished the song. This song was marked due to its strong tone of determination and the struggle for freedom. Harriet Tubman used this song to identify herself whom might have wanted to flee to the north. To this day, “Go Dowm Moses” has remained a popular piece and has even been performed both gospel singers throughout the world and some of the most famous African American singers, such as Ronald Hase and Louis Armstrong.

Work songs are used to regulate the pace of which slaves worked. These songs helped them meet their daily quotas and avoid getting lashed for not working at a fast pace. The songs helped to move the back-breaking and tedious work along.

Camp meetings are the informational gatherings of African slaves in praise houses, or outdoor meetings. The are also referred to as “bush meetings” or “brush arbor meetings.” These songs would include chants, circular dances, and handclapping.

Ring shout spirituals are typically sung in a call-and-response form with the leader improvising text and the chorus providing a solid refrain in unison. These songs were typically used as a musical conversation between musical participants.

Sorrow songs expressed the suffering and unjust treatment of enslaved African Americans. These spirituals were intense, slow and often syncopated.

Jubilees are more joyful songs that are fast, rhythmic and often syncopated.

Folk spirituals articulate the suffering and unjust treatment of enslaved African Americans. These songs are intense, slow, and melancholic.

AN arranged choir concert spiritual is when an arrangement of singers perform negro spirituals. 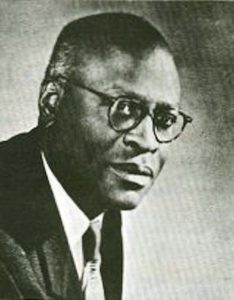 “The Man From Nazareth”

“The Bond of Africa”

“Hope in the Night”

“After The Cake Walk”

“Cave of the Winds, March and Two Step”

“Music in the Mind, A Choral Work”

What is Africanized Christianity?

It is the traditions that Africans brought with them to  North America. They adapted Christianity from the Whites.

Is there a such thing as “white spiritual”?

Yes, however, it is far less recognized.

What is the HBCU connection to the Negro Spiritual?

The fisk Jubilee singers were students at Fisk University, and when the school had financial troubles, they created an accapella ensemble. The group eventually went a nationwide tour, creating over 40 Negro Spiritual to the public. They chose the name “Jubilee” because it honored the freeing of former slaves.