Origin of Hip Hop and Rap

Hip hop emerged specifically in African American, Afro-Caribbean, and Latino communities in the Bronx, New York in the early 1970s. Eventually it spread to Harlem and then all of New York. Hip hop really popularized and became international during the 1990s because of popularity of rap music. MCing was only one element of hip hop however, there was also graffiti (aerosol art), break dancing, and DJing.

The early 1990s was considered the Golden Age because of the many creative streams that began to emerge. These styles were distinctive and diverse and specifically included classic, hardcore, pop, and alternative. Rap draws from the cultural and verbal traditions of not only African Americans, but other groups of African descent, specifically Jamaican culture. When looking at African American culture, rap comes from the radio personalities of the 1940s and 1950s, oral traditions of storytelling, boasting, toasting, and playing the dozens. Toasting is a long, verbal narrative, performed from memory and passed orally from generation to generation that celebrated the victories of cultural heroes. Playing the dozens is a competitive and recreational exchange of verbal insults. When looking at Jamaica’s culture, rap comes from toasting as well. This is different from African American toasting as toasting is a DJ rap that praises dancers, addresses topical concerns, and future events over an instrumental track. DJs were the pioneers of the early rapping traditions in hip hop as DJs hired people to rap which is why rappers got the name of MC. Old school emerged during the 1970s, while new school emerged post 1985s going into 1990s. 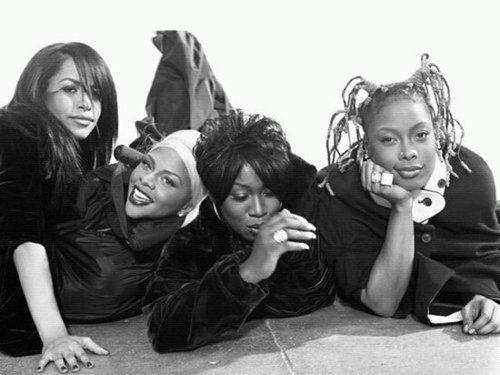 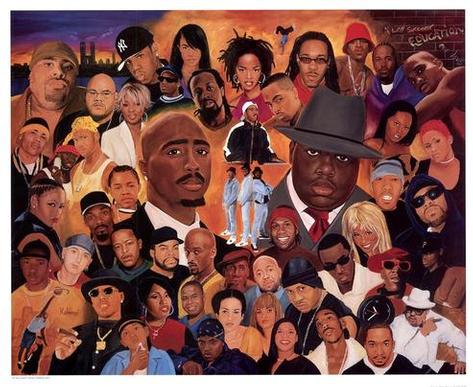 It’s important to note that there were two eras of rap. As mentioned earlier, there was old school and new school rap. The elements of new school classical rap included a variety of things. It was more technology driven and raps were more stylistically and lyrically diverse. Songs usually employed hardcore themes and explicit language that used street-themed storytelling, but also artist recorded clean or self-censored versions of their songs or album. The lyrics were edgy enough for the music to be keeping it real but not so edgy that it couldn’t be put onto commercial radio. The rhyme scheme departed from the original AABB(CC) format. Audience heard more syncopation, free styling, and spoken word.

The elements of hardcore rap is associated with hypermasculinity and being sexually explicit. Most hardcore rap songs have hard, driving beats that can have noisy samples. Most songs feature lyrics about gang violence, money, sex, and illegal activity. It is often marked by confrontation and aggression. Can include battle songs or diss songs.

Seen as conscious rap or edutainment that didn’t always have to use profanity. Instead this type of message-oriented rap represented a combination of powerful urban imagery, afrocentric themes, and vocal delivery. In addition, gangsta rap was often complemented by strongly percussive musical accompaniment to achieve its startling impact on listeners.

R&B rap was seen as the middle group between hardcore and pop rap. It utilized tracks with bass lines and keyboard chords. It often had refrains that were sung and the choruses were harmonized. This type of rap preferred highly melismatic and more nasal vocal riffs to the full-throated gospel-styled singing of classic soul of 1970s R&B. Contained some of New Jack Swing which originated in the mid-1980s and came into the early 1990s. It contained distinctive, syncopated, swung rhythms in the snare sound of the Roland TR-8o8 drum machine. Usually a male, tenor sung. A good example of New Jack Swing would be Poison by Bell Biv Devoe. 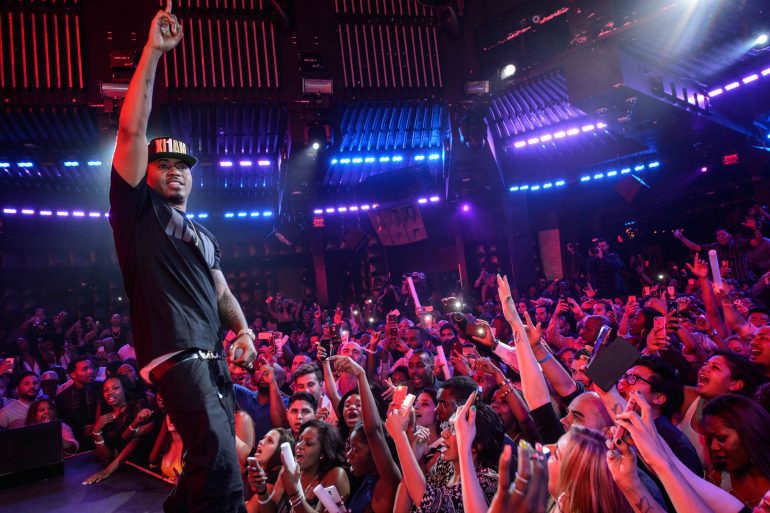 Hip-hop and Rap told a story of injustices that were happening in the artist’s communities and lives. Because of the sometimes vulgar lyrics and sensitive nature of the content, many people began to listen. Some people sympathized and some people took the music as war and aimed to attack. For some, hip- hop and rap was a way to bring urban communities together, however, some believe hip hop and rap to be main contributors of misogyny, rape, and violence in the Black community. When rap music became mainstream and  its appeal began to reach so many youth,  advertiser began to use rap and hiphop artists in commercials, movies, and tv- shows. Rap artists were the faces behind cereals, clothing items, shoes, cars, alcohol , and jewelry. 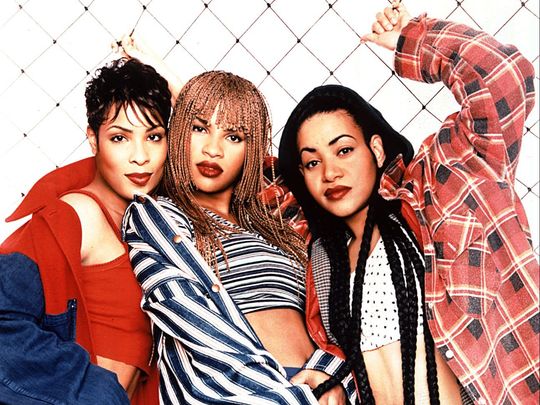 The female hip hop phenomenon was made  of Cheryl James (Salt) , Sandra Denton  (Pepa),  and DJ Spinrella from New York. They stood as one of the first female rap groups started in 1985 but they were influential throughout the 90s. 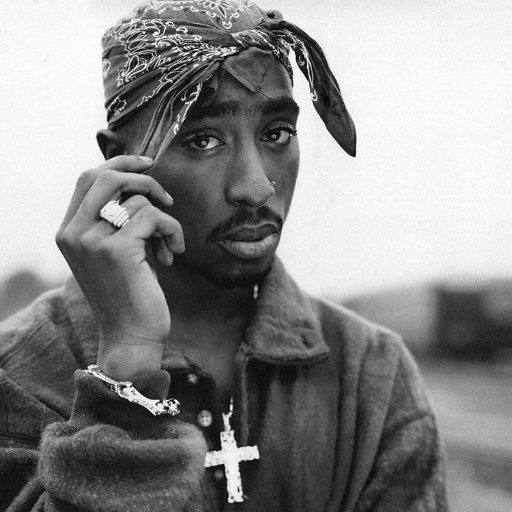 Considered to be one of the greatest artist of all time, Tupac Shakur was from Harlem but relocated to Los Angeles in 1988. When he released his first album 2pacalypse Now in 1991 he was a force to be reckoned with. 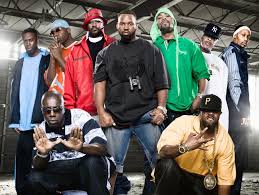 Hip Hop has had a major influence on not only future genres but the lifestyles of African American people. Hip Hop elements can be found in all types of music in todays society which was not for seen decades ago. Thought to be just a fad that was an endangerment to society to those whom could not relate to the message, Hip Hop has allowed artist to be vocal with societal issue through music. In 2017 Hip Hop/Rap surpassed Rock and Pop  as America’s top genre which shows how involved it is in our society. Hip Hop artist have major influence over the music we listen to and even the clothes we wear . It wouldn’t be fair to say how Hip Hop has just influenced future genres because hip hop is still very prevalent today and is more than just music, hip hop is a culture.

Australian youth radio station Triple J was one of the few stations in the world brave enough to let the N.W.A.’s song “Fuck Tha Police” loose over the airwaves. The song was eventually banned, but not before the station played “Express Yourself” on a 24-hour loop in a protest against censorship.

The Wu-Tang Clan became the first hip-hop group to reverse the relationship between record companies and artists. The members of the Wu weren’t branded like property with label logos, the labels themselves sought out the mark of the ‘W.’”

Hip-Hop was never simply about music. Even during its emergence in the 1970s, it was a form of expression to discuss the urban poverty, gang violence, and other hardships that plagued the black community. In the 90s, artist spoke on similar issues. The stories that artist told through their music were those of loss, rage, hopelessness, and even despair for what was taking place around them. The 90s brought about a period of change in hip-hop.  As an attempt to “soften” the music that was largely consumed, radios began playing less hip-hop.  Hip-hop was often associated with violence, so clubs became hesitant about booking hip-hop performers. Factors were now put in place to filter the messages and limit the power hip-hop had on the mass. Despite the barriers, hip-hop has been able to strive due to its resilience and longevity. Although the views of hip-hop will always continue to vary due to the negative  associations tied to the genre, it will never fade away because of its social and cultural significance. Hip-hop has always been both political and poetic. As long as there is a message that must be conveyed, Hip-hop will be there to provide a platform to be heard.