A New Era Of Classical Music

In the early twentieth century, classically trained African American composers emerged and taught at various black colleges and universities. During the antebellum period Philadelphia served as the cultural capital for Black America. Many black composers flourished despite the racism taking place. During this period in time musicians were seen as entertainment rather than cultural leaders of society. Among the black composers, Francis ‘Frank’ Johnson was a teacher and band director. He became the first to have a publication named, ‘A Set of New Cotillions’. Between 1820 and 1844, he organized a dance orchestra, military band and performed much along the east of the United States. Along with Johnson, many other composers such as James Hemmenway, William Appo, Henry F. Williams and Joseph William Postlewaite had many great accomplishments as well that included publications and performances.

Following the emancipation in 1863, there was much optimism given to the black community that was brought on from being granted citizenship, abolishing slavery and black men having the right to vote. This optimism was reflected in their creativity for performance arts. There were many new black composers and musicians coming to the forefront sharing the musical talents with not only the community, but the world. Some included Harry T. Burleigh, William Grant Still, Clarence Cameron White, and Shirley Graham. Even with this racial tension going on all these artists and more received their advanced music education at colleges and universities such as, Julliard School of Music, Institute of Musical arts, and Horner Institute of Fine arts. This academic training prepared them for roles in musical and cultural positions to uplift the black community. These musicians began to teach and guide black students at many colleges and universities. Along with teaching, many composed/arranged music along with performing as well.

As the Harlem Renaissance emerged in the 1920s, many composers contributed to that period of literary and artistic genius that was produced by African American intellectuals. One artist in particular is J. Rosamond Johnson and his brother James Weldon Johnson. They wrote and composed many African American Folk songs, such as ‘Lift Every Voice and Sing’. Another composer of this time a well-known contributor to the Harlem Renaissance is Clarence Cameron White, who along with Samuel Coleridge Taylor wrote many famous pieces in his time.

As time went along, Women began to get their recognition in classical music as Florence Price was the first African American women to gain international recognition as a composer. She won two Holstein awards for composition along with two first prizes in 1932 for her Piano Sonata in E Minor and Symphony No. 2 in E Minor.

As time went on in history, there were many political and social changes happening in the country such as, the Depression and the civil rights movement. With this shift in history many new composers reaped many benefits, such as easier access to education and the ability to perform and travel around the world to spread their music. As well as it being easier to record and publish compositions. By the 1950s. composers gained membership to organizations, such as ASCAP and BMI which ensured they had rights.

In the beginning stages of classical music composers have had to fight for their rights in being able to become musicians and compose music. Their rights to education and equal rights to perform were less than none. This musical expression also motivated and uplifted the black community. Although has time went on after emancipation and the civil rights movements composers reaped many benefits, such as easier access to education and the ability to perform and travel around the world to spread their music. As well as it being easier to record and publish compositions. They also gained membership to organizations, such as ASCAP and BMI which ensured they had rights. 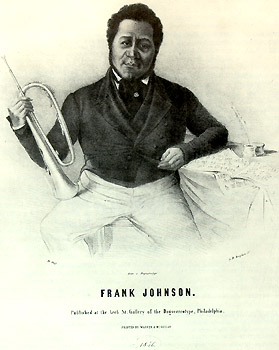 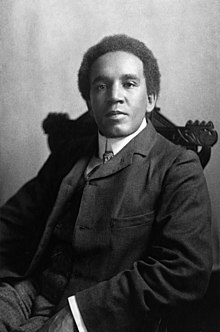 Black composers have contributed to classical music in many ways over the last two hundred years. Their compositions come in a wide range of unique and amazing styles of creativity and artistic genius. As the time periods and eras progressed the artistry produced from this musicians and composers and classical music in America grew in great ways.

PrevPreviousSamuel Coleridge-Taylor – Classical Artist Tiana Worrell and Tayla Bibb
NextBrandy: One of The Most Successful Performer of Our TimeNext