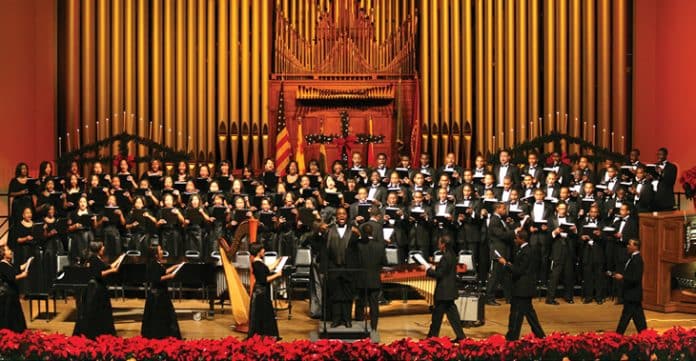 The 93rd Annual Spelman-Morehouse Christmas Carol Concert was an amazing production. This is my first year attending and the diversity of the song selection was absolutely incredible. I enjoyed listening to the classic Christmas songs and then being exposed to songs of different cultures, such as Ave Maria, performed by Spelman College Glee Club, and Betelehemu, performed by Morehouse College Glee Club. When the songs were performed, I could not help, but to admire the different ranges each soloist was able to achieve in their song. The transitions were very smooth and allowed the audience to be a part of the performance with them. This allows them to grasp the audience’s attention instead of them just watching the entire performance. Imani’s solo was absolutely breathtaking, her voice gave me chills and no one in the room could do anything, but clap even though they said no clapping to the end. The soloist for “A King is Born” was really good too, but the rest of the singers could have brought a little more life to the performance. I would definitely attend this concert again next year and the years to follow.