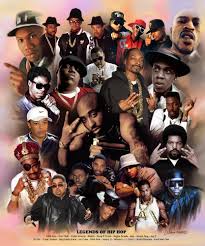 Genres through the Decade

Urban styles of music were extremely popular during the 1990s-2000s. These styles blended elements of soul, funk and jazz which translating into the fusion of genres that include hip hop soul. During the 90s, the most popular genre was hip hop. The most successful styles of hip hop in the 90s were the hardcore rap of New York and the gangsta rap and G-Funk of Los Angeles. In addition, hip hop/rap blew up during the 90s becoming the most common genre of music on the Billboard 100 for two decades. 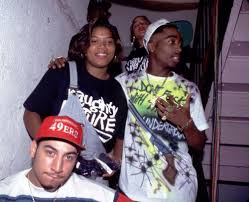 Hip Hop during the 90s expressed the discontent of African-Americans from the injustices such as mass incarceration, war on drugs and oppression. As more black people were suffering in their communities and in the streets, 90s hip hop became an outlet to voice artists opinions and feelings on their experiences in the United States. The hip hop culture in the 90s became refined due to these social issues which allowed for street and gang culture to rise in popularity. The black community developed a consciousness that was translated through hip hop.

The 90s saw this genre make its way into mainstream and address a new set of obstacles that affected America and beyond. Gangsta rap brought its own style of socio-political commentary from artist like NWA screaming “F*ck the Police”, 2pac’s redemptive anthem “Changes” and Ice Cube’s controversial “I Wanna Kill Sam”. Due to their outspokenness, 90s hip hop artist became the target as they shined light on the corruption and inequalities occurring in black communities. 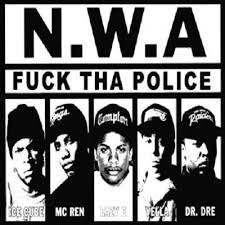 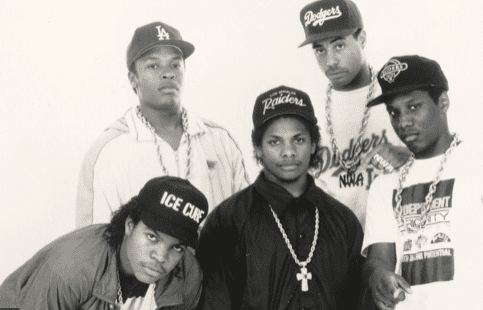 In 1990, when this film made its debut on the big screen, people everywhere got a chance to see hip-hop and the culture it created. House Party took advantage of this and showcased one of the most iconic dance scenes in the early 90’s. The famous dance kick has been imitated at just about every 90s-themed entertainment.

HammerTime and Cabbage Patch were more of the simpler dances.

The west coast versus east coast beef originated from the beef 2Pac and Notorious B.I.G. had coming up in the 90s. 2pac represented California, the West Coast, and Notorious B.I.G represented New York, the east coast. The feud between these rappers sparked  a long-term coastal beef as both rappers called shots at each other through their music and on the streets.  The coastal beefs were the focal point of hip hop in the 90s through the music that challenged both sides. 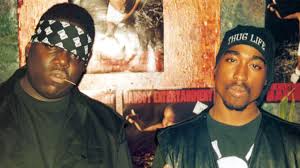 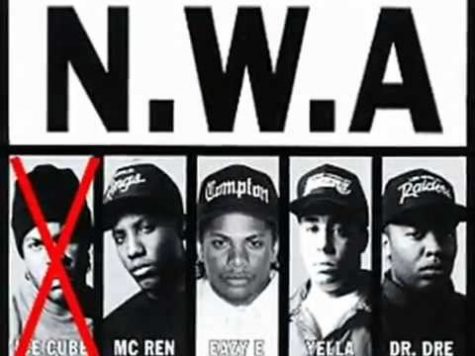 Ice cube was one of the main rappers in the group NWA. The group consisted of Ice Cube, Dr. Dre, Eazy E, MC Ren and Yella. When Ice Cube decided to go solo and leave the group, NWA made a diss track calling him a “traitor” and “Benedict Arnold”. This essentially sparked beef between Ice Cube and NWA as both began to write songs dissing one another.

Lil Kim and Foxy Brown coexisted as friends for a long time in the industry. However, when they both released their debut albums in 1996, their relationship became strained. In 1997 their joint album was canceled and later on diss tracks emerged from both artists. Today, neither of the women speak to each other or acknowledge each other’s existence. 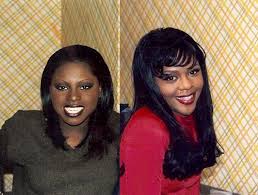 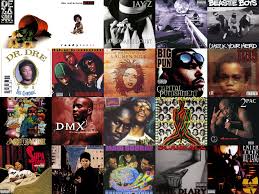 CAUSES OF THE SUCCESS OF HIP HOP IN THE 90s

The most successful styles of the 90s were the hardcore rap of New York and the gangsta rap and G-Funk of Los Angeles. New York’s Wu-Tang Clan created one of the first hardcore styles when they rapped about gangster life over swinging hip hop beats with samples from martial-arts movies. Los Angeles’ gangsta rap developed from the rap music of artists like Ice-T and NWA. Ice-T began by sampling funk rhythms and rapping about the dangers of drugs, crime and dropping out of school in tracks like 1990s “You Played Yourself”. The members of NWA were from Compton, one of LA’s poorest and most violent districts, and they rapped about the injustice and police violence in their neighborhood.

On March 3, 1991, four Los Angeles policemen — three of them white — were caught on camera fiercely attacking an African-American man by the name of Rodney King. The graphic video of the attack was broadcast into homes across the nation and worldwide. In April of 1992, the officers were acquitted and the ‘L.A. Riots’ devastatingly broke out, which resulted in over 50 recorded deaths, 2,000 and more injuries, and approximately $1 billion in damages. Integral to the story of the L.A. Riots were the lyricisms of such prominent figures as Ice Cube, Ice-T, and Dr. Dre. Through the music, the needs of the people of South L.A. were finally heard and echoed worldwide.

As mentioned prior, their music included a lot of explicit language, and the media attention this created helped their albums reach the top of the charts. Former NWA member, Ice Cube, released his classic gangsta album ‘Death Certificate’ in 1991, and Tupac Shakur, or 2Pac, released his own classic album ‘All Eyez on Me’ before being killed in 1996.

When Dr Dre, another former NWA member, released his album ‘The Chronic’ in 1991, G-Funk was heard for the first time. G-Funk producers often sampled funk grooves by George Clinton’s P-Funk groups Parliament and Funkadelic and slowed them down to create relaxed beats with funky bass lines, electronic effects and female backing vocals. G-Funk artists also rapped about gangsta-rap topics, but they focused on partying, drugs and sex more than violence, crime and guns. Classic G-Funk albums include DJ Quik’s ‘Quik Is the Name’ and Snoop Dog’s ‘Doggystyle’. Hardcore, gangsta and G-Funk rappers often adopted gangster images and their explicit language and the way they rapped about women upset many people. But many others, especially teenage boys, loved these styles and helped them become the sound of mainstream hip hop. 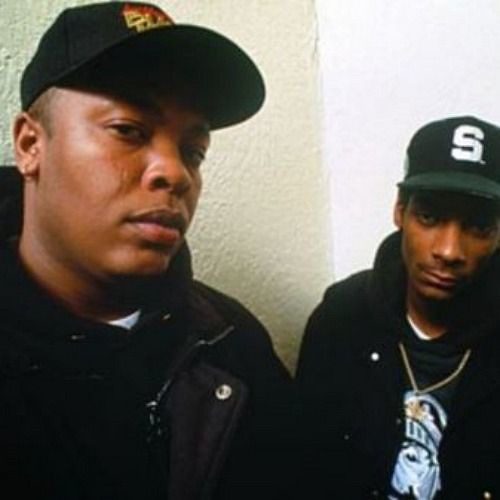 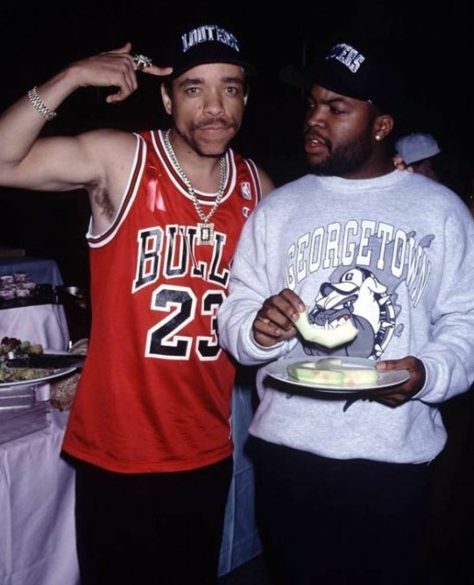 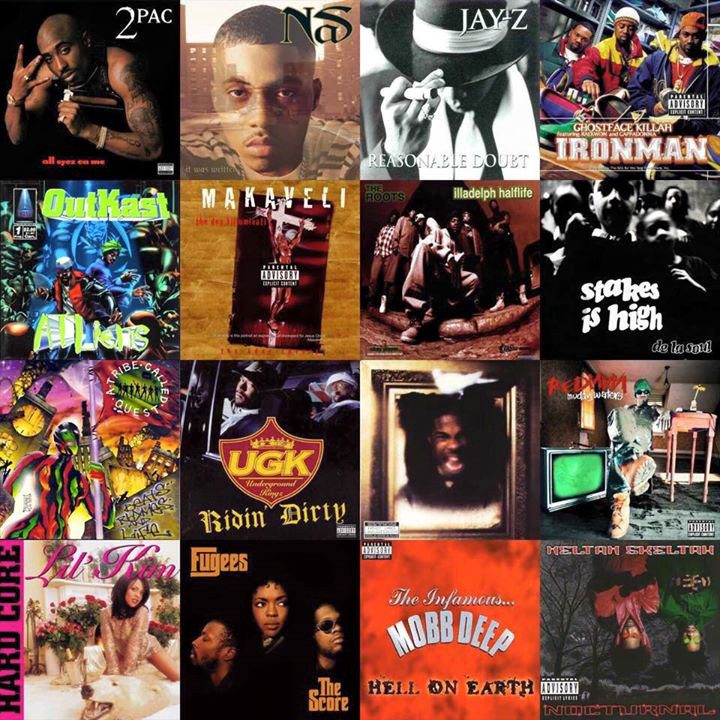