The purpose of this post to explain the importance of Quartets to HBCU’s socially, financially, and economically during the early end of 1800s into the 20th Century.

Quartets in the expansion of HBCUs: Social Implications

It is no secret the expansion of quartets expounded to the amazing structure of Historically Black Colleges. Quartets evolved from folk music and negro spirituals, but it also gave a sense of classiness to African American Culture in this the music genre. It became very respected by all people during the late 1800s. It gave a new meaning to how blacks were portrayed in the media. The idea of blacks played in minstrel shows slowly became redefined with Blacks dressed in suits singing gracefully with impeccable rhythm and taste. Not only did the idea of Jubilee Quartets spread across the United States, it spread to several colleges and universities and especially to those of Black descent. This is because during the creation and rise of the popularity in quartets Blacks were still not allowed to do a lot of things which includes attending Predominantly White Institutions.

The idea of quartets of Blacks gained international attention. Students at HBCUs formed quartets and began traveling around the world touring their original songs that were mostly created for the church. The expansion of quartets exploded to many Historically Black Colleges and Universities around the Nation. Schools such as Tuskegee, Spelman, Morehouse, and  Xavier University of Louisiana just to name a few. This increased popularity in quartets is very similar to Black Bands in HBCUs today.

Origins of the Genre: Quartets

The genre of quartets stemmed from  the creation  of  Negro Spirituals slaves created during Slavery as a result of being forced to interpret the bible and become Christian.  Quartets still have several components of negro spirituals, however, they are sung in groups with four to six members. Sometimes it is up to eight members as well. Most quartets were formed by only males, but there were females quartets as well.

Characteristics of The Genre:

Jubilee quartets consist of an  Acapella group of voices at various tones with a minimum amount of instruments. The voices range on different spectrum’s and create a unique harmony of the group. 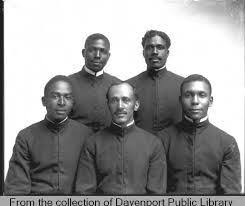 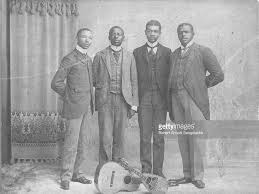 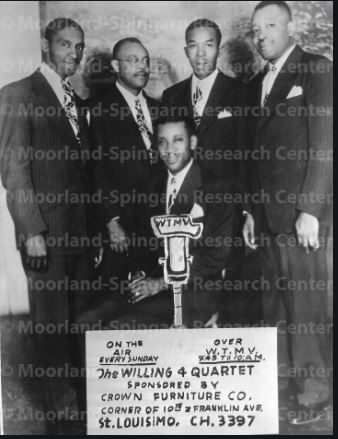 In 1884 Tuskegee began the creation of their first quartet of males only.  The school fund raised for a campaign to fund the quartet and all of their needs. They received a lot of support from Booker T. Washington as well. The school was able to get Robert H. Hamilton from Hampton singers to accompany and teach three other students. Together they would form the first quartet on campus at Tuskegee. They’re names were  Hiram H. Thweatt of Tuskegee, Alabama; John F. McLemore of Cusseta (Chambers County), Alabama; Warren Logan, a Hampton Institute graduate from Greensboro, North Carolina; and of course  leader Robert H. Hamilton, also a Hampton graduate from Hampton, Virginia. After a short break, the quartet was recreated in 1909 and traveled internationally into the 1940s, with anywhere from five to eight members. 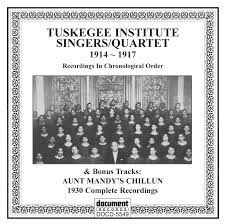 The Fisk Jubilee Singers were among the most famous and recognizable quartets in the Nation and around the world. It was formed in 1871,with a group of nine students who were also choir students at the school. It was created originally as a way to fund-raise for the school. Many of the songs were remakes and altered versions of common negro spirituals. They became very successful and were able to travel around the Europe and  preform.

The Hampton Jubilee Singers were also a very world-renowned group. One of the first groups at the school was directed by Thomas P. Fenner. Most of the songs were also altered versions of popular negro spirituals similar to the  Fisk Jubilee Singers. Like several HBCU’s during this time, the fame that came along with the singers brought great financial success for the entire university. At Hampton, it gave the school a financial cushion, while also bringing fame to singers who would later be famous in other groups in the future. Hampton Paved the way for other HBCUs to do the same thing. It led to the development of quartets at several different schools. In fact, the Tuskegee quartet was assembled by a Hampton Graduate. The quartets created at Hampton were so successful, oftentimes graduates of the school still continued to travel and perform internationally. They also recorded their music and  would broadcast it through the radio, which became very popular. 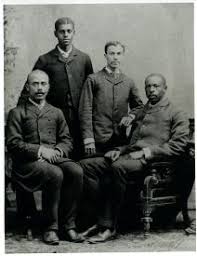 Other HBCUs with Outstanding Quartets:

Institutions such as Fisk and Hampton set the standard for the development of Jubilee quartets for all  HBCUs. It became a great way for black institutions to fundraise for the betterment of their schools, through amazing performances. Institutions such as Dillard University, Southern University in Baton Rouge, Utica Institute in Mississippi, and Wilberforce University are just to name a few. These schools began touring the nation and world with their original songs and quartets. 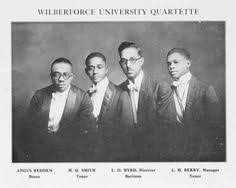 Influences to New Genres: From Quartets To Glee Clubs:

What is a Glee Club?

Glee Clubs-A glee club in the United States is a musical group or choir group, historically of male voices but also of female or mixed voices, which traditionally specializes in the singing of short songs—glees—by trios or quartets.

*It is important to note that Glee Clubs are just larger forms of quartets,but both are based on the same guidelines. 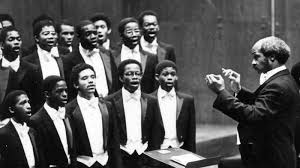 The oldest consistently performing all-male collegiate choral organization is the Morehouse College Glee and Quartet. It was created in 1911. It had a later start compared to other school quartets.  It holds several famous recognition from performances dating back to the start of their establishment. Every year since 1975, the club and quartet have performed at the Martin Luther King, Jr. Memorial Library. During the 1930’s the club and quartet performed for Franklin D. Roosevelt. The group has also performed Barack Obama in 2018. The club has also performed internationally in countries such as Russia,Poland, Uganda, South Africa, and  Nigeria. This group keeps the legacy of quartets alive around the world. 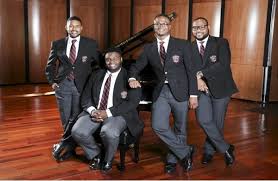 The development of quartets led to revitalization and exposure to black culture and black education. It gave schools a platform to change the stereotypes created by being black. Minstrel shows were questioned by the elegance of black jubilee quartets at these various schools. Touring and performing of these groups also generated revenue to keep schools afloat. It kept many HBCUs above water, For example, Fisk was going bankrupt until the music director decided to let his singers tour the United States and around the World. These quartets were not only important, it became a lucrative business to help organizations, schools, and many blacks in America.