Classical music, dating all the way back to the 6th Century AD, is rooted in the traditions of westernized culture. Displaying both secular and sacred styles, classical music composers indicate to their performers pitches, tempo, tone and rhythms, leaving little room for improvisation like seen in many other genres of music (i.e. jazz and blues). Classical music is known for its highly sophisticated forms of instrumental music such as the symphony and many other styles such as the opera.

Classical music has been around for centuries and has made tremendous music that has radiated throughout the world. However, where this style has been lacking and continues to fall short, is regarding the exposure of the African American peoples existence in this phenomenal genre.

Let me tell you about some African American musicians who made history in the classical world, all over the world; paving way for future black musicians to come.

Le Chevalier de Saint-Georges (1745-1799), was an Afro-French composer, violinist, and conductor. By 1771, Saint-Georges was first violin of a distinguished 70-member ensemble, Le Concert des amateurs.  He became one of the earliest French composers of string quartets and symphonies concerts.

José Mauricio Nunes Garcia (1767-1830), an Afro-Brazilian and a Roman Catholic priest, In 1817 Garcia wrote Brazil’s first opera, Le Due Gemelle (The Two Twins), which was later destroyed by fire.

Francis “Frank” B. Johnson (1792-1844), a Philadelphia bugler and band leader, was the most popular black composer in the pre-Civil War United States. In 1837, Johnson and his band members became the first African American musicians to travel to Europe to perform.

The Negro Philharmonic Society was founded in New Orleans well before the Civil War.  The orchestra at one point had more than 100 performers. Racial hostility put an end to the Society prior to the Civil War. Two of its former members however, Edmond Dede (1827-1903) and Charles Lucien Lambert, Sr. (c.1828-1896) fled New Orleans in the 1850s and made successful careers in France and Brazil

Scott Joplin (1868-1917) was known as the “King of Ragtime”, but he also composed classical works.  His opera “Treemonisha” has been performed by the Gunther Schuller and the Houston Grand Opera.

William Grant Still (1895-1978) was an oboist, arranger and composer of jazz and popular music themes.  He incorporated the Blues and jazz in his “Afro-American Symphony” which premiered in 1931 and is still one of the most recognized classical works by a black composer. 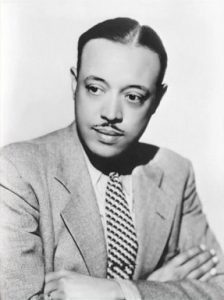 These artist, and many more inspire me; simply for their persistence into a genre of music that was not created to include them. As we know, white musicians were and still remain the mainstream face of classical music, however, we now know that there is a tremendous amount of black talent behind the scenes, and many that pushed forward to the front of the stage! I will continue to celebrate these black composers, singers, and musicians as they break more boundaries, inspire more souls, and conquer a genre that is founded in whiteness. 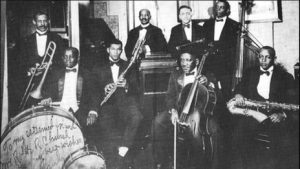